Chennai Super Kings skipper MS Dhoni has never gone into the auction, apart from the time when his franchise was suspended from the league and the former India skipper joined Rising Pune Supergiants. 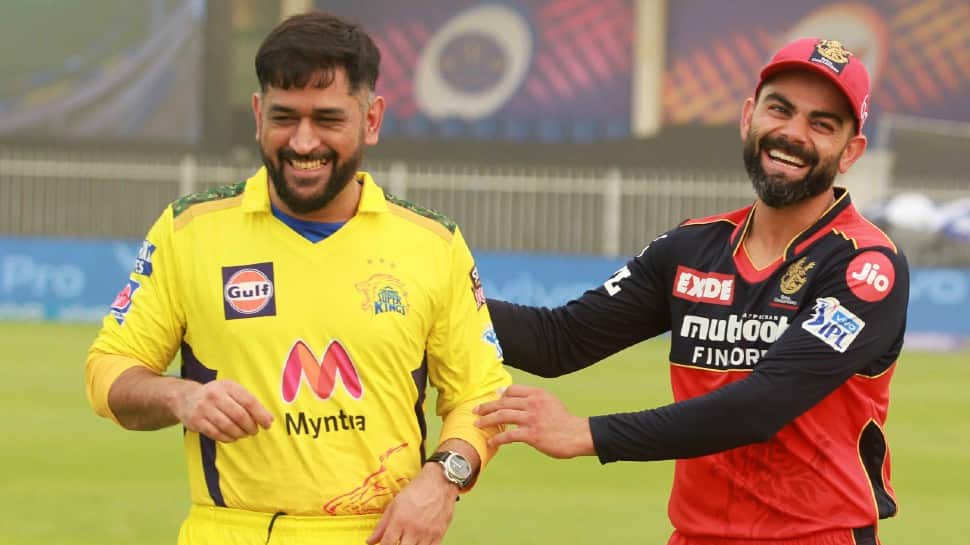 MS Dhoni (left) and Virat Kohli have both been retained reportedly by their respective franchises. (Photo: BCCI/IPL)
Share:
Written By:

By the end of the day on Tuesday (November 30), every cricket fan will officially know the list of players retained by the original eight franchises. However, if reports are to be believed the likes of MS Dhoni, Virat Kohli and Rohit Sharma will not go into the mega auction which is slated to take place in January 2022 ahead of next season’s Indian Premier League (IPL).

Chennai Super Kings skipper Dhoni has never gone into the auction, apart from the time when his franchise was suspended from the league and the former India skipper joined Rising Pune Supergiants. Team India skipper Kohli has also never been part of the auction, since he was picked up by the Royal Challengers Bangalore as an uncapped Under-19 cricketer back in 2008.

And there's only one place you need to head to, to find out who's retained and who's finding new colours to don!

Catch all the news as it breaks with #VIVOIPLRetentionLIVE:

All the eight franchises have to submit a list of retained players by 12pm on Tuesday, according to a report in ESPNCricinfo. Each franchise can spend a maximum of INR 42 crore from their salary purse of Rs 90 crore to retain players.

While Chennai Super Kings, Kolkata Knight Riders and Delhi Capitals have retained all their four retention cards, Sunrisers Hyderabad are the only side to retain only one player in Kane Williamson. The RCB have decided to retain Glenn Maxwell apart from Kohli, raising speculation of whether the Australian all-rounder could be the next captain of the franchise as Virat had decided to give up IPL captaincy this season.

IPL 2021 finalist KKR have decided to retain the likes of Sunil Narine, Andre Russell, Varun Chakravarthy and Venkatesh Iyer while five-time champions Mumbai Indians have only retained Jasprit Bumrah apart from their skipper. It means the likes of Shreyas Iyer, Hardik Pandya, Krunal Pandya, Yuzvendra Chahal, Shubman Gill and Kieron Pollard will all be part of mega auction.

Here’s the full list of players retained by each franchise…