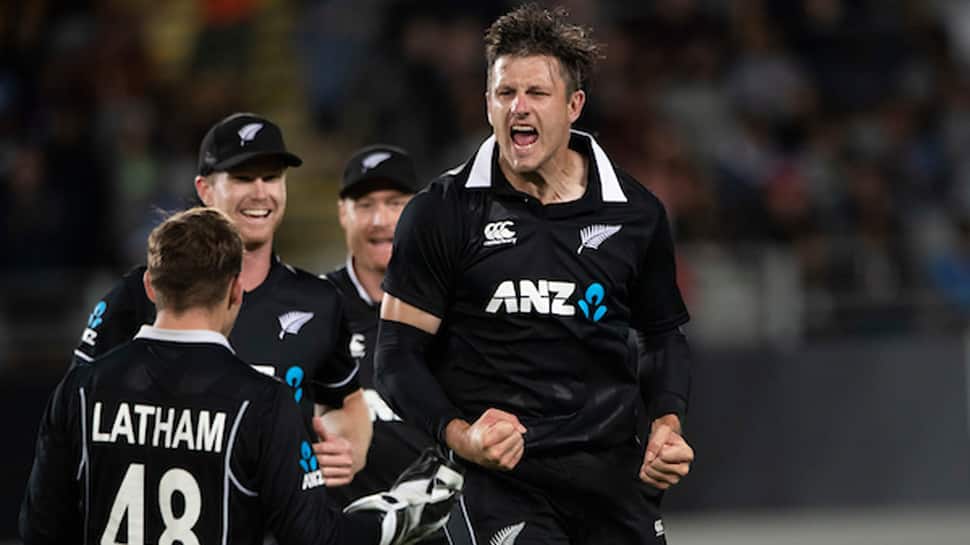 New Zealand inflicted another comprehensive defeat on India as the visiting team suffered a 22-run loss in the second One-Day International to give the hosts an unassailable 2-0 lead in the three-match series at Eden Park in Auckland on Saturday (February 8, 2020). India first allowed New Zealand to post a defendable total and then their batsmen failed to apply themselves as the Kiwi bowlers put up a disciplined show with the white ball.

The Black Caps exorcised the ghost of a nightmarish 0-5 T20 International whitewash in the second ODI with the visitors paying price for some poor shot selection. Revenge as they say is a dish best served cold and on a chilly Auckland night, New Zealand defended a total of 273 by restricting India to 251 in 48.3 overs.

Ravindra Jadeja (55 off 73 balls) along with Navdeep Saini (45 off 49 balls) raised visions of pulling off an improbable win with a 76-run partnership which ended in vain. Tim Southee despite running temperature (2/41 in 10 overs) was brilliant with the new ball as his incutter got rid of Virat Kohli but it was poor shot selection from a set Shreyas Iyer (52) and Kedar Jadhav (9) in the middle overs did cost India dearly after the inexperienced pair of Mayank Agarwal and Prithvi Shaw had a second successive poor day.

Earlier, in-form Ross Taylor produced a rearguard act with an unbeaten half century to rescue New Zealand to a competitive 273 for eight in 50 overs. Taylor scored 73 not out (74 balls, 6 fours, 2 sixes) -- his 51st half-century -- and put on 76 off 51 balls for the ninth wicket with Jamieson to lift the hosts from 197-8 to a competitive score.

Opener Martin Guptill smashed a run-a-ball 79 to give the Black Caps a good start but they lost seven wickets for 55 runs to look down the barrel at one stage.

Put in to bat, New Zealand got off to a positive start as Guptill (79) and Henry Nicholls (41) put on 93 runs for the first wicket. Guptill's innings contained eight fours and three sixes, as their cautious start meant India were searching for wickets early on. The breakthrough came only in the 17th over as Yuzvendra Chahal trapped Nicholls LBW.

Chahal had earlier dropped Nicholls in the 15th over as India started nervously in the field again. But things came together after the first wicket with the visitors piling on the pressure. Shardul Thakur (2-60) got rid of Tom Blundell (22) and then came the turning moment. Guptill set off for a suicidal run and was duly caught short of his crease by Thakur's throw.

The Kiwis were suddenly down to 157 for 3 and India made good use of the opening. Ravindra Jadeja (1-35) got into the action, first dismissing Tom Latham (7) and then running out Jimmy Neesham (3). Colin de Grandhomme (5) holed out off Thakur, with Chahal returning to gleefully accept a return catch from Mark Chapman (1).

New Zealand were in danger of not crossing 200 when Tim Southee (3) was caught off Chahal too. The leg spinner finished with 3-58.

However, Taylor had other ideas as he rebuilt the innings with clever batting. He found an able partner in Jamieson as they ran hard between the wickets to elevate the score before stepping on the gas later in the innings. Taylor scored his half-century off 61 balls, while Jamieson threw his bat around to smack a four and two sixes to bring up their 50-partnership off 35 balls.

New Zealand scored 53 runs in the last five overs, crossing 250 in the 48th over.

Earlier, Virat Kohli won the toss for a first time on this tour and opted to bowl. India made two changes with Yuzvendra Chahal replacing Kuldeep Yadav, while Navdeep Saini came in for Mohammed Shami. The latter was rested keeping in mind the upcoming Test series.