In the 8th over of the Australian innings, Hafeez could not bowl his first delivery to perfection as the ball slipped out of his hands and reached Warner after bouncing twice. The Australian opener decided not to hold back as he walked out of the crease and smashed the ball out of the ground. 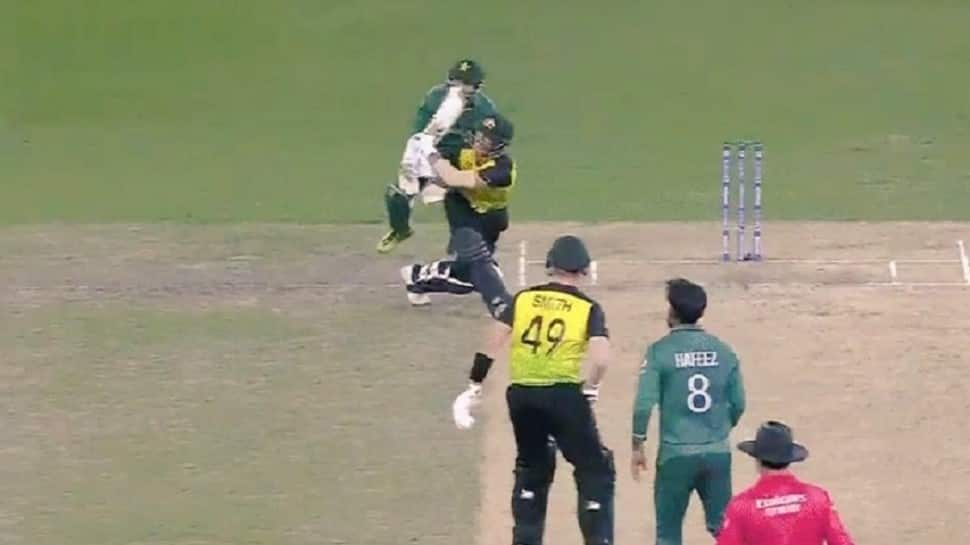 The ongoing second semi-final of the T20 World Cup 2021, which is being played between Pakistan and Australia, witnessed a bizarre incident when Mohammed Hafeez bowled a delivery that tapped twice before reaching David Warner, who got underneath the low bounce and smashed it over deep mid-wicket for a huge six.

In the 8th over of the Australian innings, Pakistan skipper Babar Azam handed the ball to veteran all-rounder Hafeez, who could not bowl his first delivery to perfection as the ball slipped out of his hands and reached Warner after bouncing twice. The Australian opener decided not to hold back as he walked out of the crease and smashed the ball out of the ground.

The video of the bizarre incident was uploaded by the ICC on Instagram with the following caption: "A double-bouncer hit for six! A gift for Warner."

Interestingly, the umpire even signalled the delivery as a No-Ball since it bounced twice before reaching the batsman. However, the free hit just yielded 2 runs for Warner.

Talking about the match, Mohammad Rizwan and Fakhar Zaman played knocks of 67 and 55 as Pakistan scored 176/4 against Australia in the second semi-final of the ongoing ICC Men's T20 World Cup at the Dubai International Stadium on Thursday.

Asked to bat first, Pakistan got off to a steady start as openers Babar Azam and Rizwan put on 47 runs inside the first six overs. Both batters put on 71 for the first wicket, and this partnership was finally broken by Adam Zampa in the 10th over. Babar (39) looked to break the shackles by scoring a six, but he only managed to hand a simple catch to David Warner.

Fakhar Zaman joined Rizwan in the middle and the duo did not let the momentum drop for Pakistan. The duo registered boundaries at regular intervals and after 15 overs, Pakistan's score read 117/1. Rizwan and Zaman went all guns blazing and heading into the final three overs, Pakistan had nine wickets in hand.

Rizwan (67) was sent back to the pavilion by Mitchell Starc in the 18th over and this brought the big-hitting Asif Ali in the middle. In the final three overs, Pakistan managed to add 33 more runs to take their total past the 170-run mark.

Notably, Pakistan had won all its Super 12 matches in Group 1 and they had topped the Group.