The Board of Control for Cricket in India (BCCI) is expected to name the next head coach of the Indian men's cricket team on Friday from the shortlisted six candidates, including incumbent Ravi Shastri. 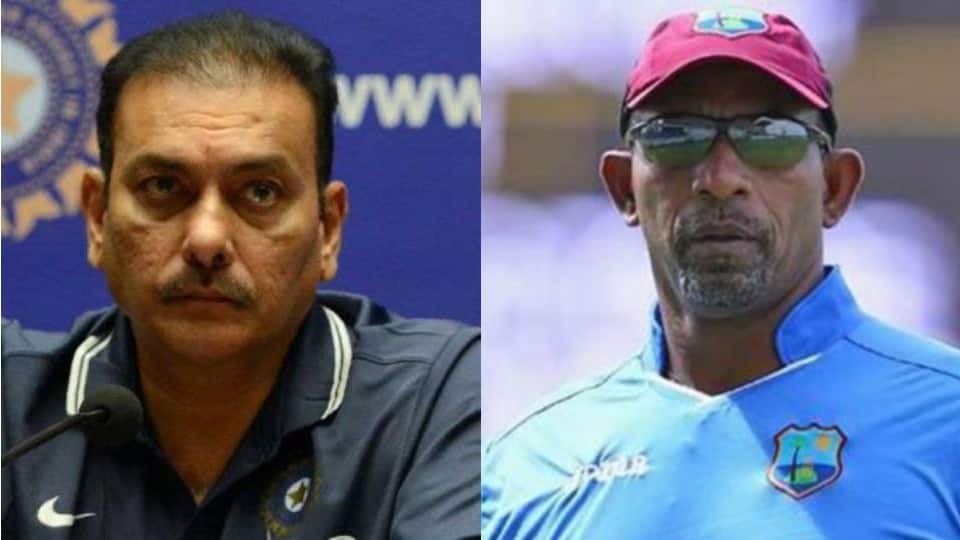 The Board of Control for Cricket in India (BCCI) is expected to name the next head coach of the Indian men's cricket team on Friday from the shortlisted six candidates, including incumbent Ravi Shastri.

The shortlisted candidates will give a presentation to the Cricket Advisory Committee (CAC) headed by the legendary Kapil Dev and comprise of Anshuman Gaekwad and former women's team captain Shantha Rangaswamy before making the final decidion by end of this week.

Let us take a look at the profile of the six shortlisted candidates:

Former Indian cricketer Ravi Shastri, who is the current coach of the Indian men's cricket team, appeared in a total of 150 ODIs and 80 Test matches for the national side before a knee injury started affecting his game and he decide to bid adieu to cricket at the age of 30. He amassed a total of 3,830 runs and bagged 151 wickets in Tests besides scoring 3,108 ODI runs and taking 129 wickets.

After retirement, Shastri took up TV commentary in late 1990s before he served as the team director of Team India till 2016 when India lost in the World T20 semi-finals. In  2017, he was appointed as the head coach of the national side in 2017 following Anil Kumble's departure before being given a 45-day extension following the 2019 ICC World Cup.

Though India might have lost the 2019 World Cup under Shastri, the Virat Kohli-led side climbed to the top of the Test rankings with a historic series win in Australia.

Lalchand Rajput has also represented India for a brief period between 1985 to 1987. He appeared in just four ODIs and two Tests for the national side.

After his retirement, he was appointed as the manager of India for the Twenty20 World Championship 2007 in South Africa. Rajput then served as the coach of Team Mumbai in the eighth edition of the Indian Premier League (IPL) before replaciing Pakistan's Inzamam-ul-Haq as the head coach of Afghanistan in 2016. He is currently serving as the head coach of the Zimbabwe cricket team after being appointed in the role in August 2018.

Former all-rounder Robin Singh represented India in just one Test and 136 ODI between 1989 and 2001. He also appeared in 137 first-class matches scoring 6,997 runs and bagging 172 wickets.

Soon after his retirement, Robin began his coaching career with India's Under-19 team. In 2006, Robin was named as the coach of the India A cricket team before serving as the fielding coach of the national side from 2007 to 2009.

Besides this, Robin has also been coaching Team Mumbai in the IPL since joining the franchise in 2010.

Mike Hesson was named as the head coach of the New Zealand cricket team in 2012, taking over the reigns from John Wright for the side's tour of India.

Under Hesson, New Zealand made it to the final of the 2015 ICC World Cup in Melbourne, semi-final finish in the 2016 World T20 in India and sealed a Test series win over England.  Hesson, who stepped down from the post of New Zealand coach in 2018, recently also parted ways with IPL franchise Team Mumbai.

Former cricketer Tom Moody played eight Test matches for Australia between 1989 and 1992 scoring 456 runs. He also made 76 ODI appearances for the national side and notched up 1,211 runs in it.

Moody, who also featured in 300 first-class matches and 366 List-A games, announced his retirement in 2001. He then served as the director of cricket with Worcestershire for several years before being named as the coach of the Sri Lankan team in 2005. The Australian coach guided the side to the final of the 2007 World Cup before stepping down from the post.

Since 2012, he has been serving as the coach of IPL team Hyderabad. Besides this, he had also covered some Australian Test matches, ODI Cricket and the Big Bash League as a commentator.

Former West Indies all-rounder Phil Simmons represented his national side in 26 Tests and 143 One-Day Internationals between 1987 and 1999. Besides this, Simmons also played in 207 first-class matches and 306 List A games.

Following the 2015 World Cup, Simmons replaced former Caribbean fast bowler Ottis Gibson as the head coach of the West Indies cricket team. However, he was sacked soon after completing a year in the wake of the Caribbean side’s dismal campaign at the 2016 T20 World Cup in India.

Simmons has also served as the head coach of Ireland for eight years besides coaching the Afghanistan cricket team for two years and overseeing their acquisition of Test status and maiden appearance at the World Cup in England.

It remains to be seen whether Shastri will be given a chance to continue with the role or the CAC chooses a new coach for Team India.