‘MS Dhoni: The Untold Story’ is one of the most successful biopics in Bollywood which released in 2016 and featured the late Sushant Singh Rajput, Kiara Advani, and Disha Patani among others. 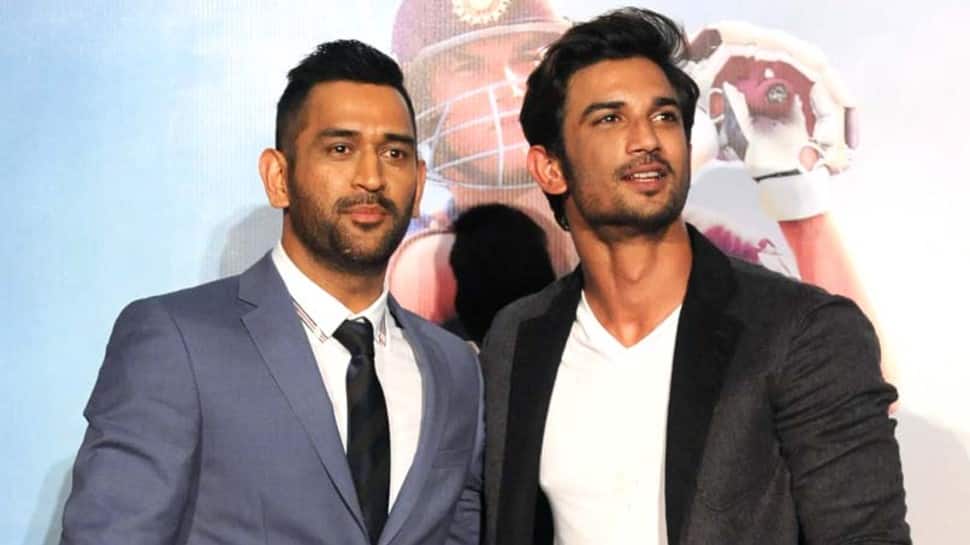 MS Dhoni, who is one of the most successful captains in the history of Indian cricket, led the team to new heights across all three formats during his tenure from 2007 to 2016 and the former India wicket-keeper batsman is undoubtedly one of the most celebrated cricketers in the country.

Whether it was his lightning-fast stumping or the match-winning six in the 2011 World Cup final, Dhoni’s efforts and achievements never went unnoticed and the Bollywood industry was no different as it also took note of his success and made a biopic on the Ranchi-born cricketer which was named ‘MS Dhoni: The Untold Story’. The movie was released in September 2016.

Speaking to The Quint, a source revealed that Dhoni received a massive amount of Rs 45 crore for his biopic.

“Dhoni was given Rs 45 crore for the movie-making rights to his life and access to personal information, documents and pictures, plus Dhoni’s availability for marketing and promotion of the film. In contrast, Sushant Singh Rajput was paid Rs 2 crore to play Dhoni. In fact, Dhoni’s business manager Arun Pandey, who is also a co-producer of the film, received much more money than Sushant. Pandey got Rs 5 crore," a source had told The Quint.

As per reports, the makers had recovered the making cost before the movie's release. The biopic ended with Dhoni's WC-winning six.

The Untold Story is one of the most successful biopics in Bollywood which featured the late Sushant Singh Rajput, Kiara Advani, and Disha Patani among others. Helmed by Neeraj Pandey, the movie chronicles MS Dhoni’s journey from being a young kid discovering his love for cricket, his job as a ticket collector at a railway station to the ups and downs in his personal life and career.

Meanwhile, on the eve of Sushant Singh Rajput's first death anniversary on June 14, former Chairman of the Selection Committee of the BCCI remembered the actor and how he helped him train for the biopic 'MS Dhoni: The Untold Story' in an interview with an entertainment portal.

In a conversation with Pinkvilla, he recalled that Sushant was an impeccable student and extremely hardworking. He also recalled a heartwarming incident when Sushant finally nailed Dhoni’s trademark 'helicopter shot' after 14 days of practice.

He said, "I remember we were practising for Dhoni’s Helicopter shot, and we tried for 14 days but he wasn’t getting it. However, on the day he did, he was like a small baby and was so excited. I had presented him with BCCI’s Team India jacket, Sushant was so passionate about it and had even worn it a couple of times. And had tweeted a photo of him wearing the jersey too. Sushant was a very good student and extremely hardworking. In fact, the hard work he put in for MS Dhoni: The Untold Story was unbelievable. He indeed was the perfect Dhoni."

Last year on June 14, actor Sushant Singh Rajput was found dead in his Bandra apartment. While some belief it to be a case of death by suicide others feel there is more to the story and it could be a case of abetment to suicide. Investigations are still underway for his death case.