A key cog in South Africa`s bid for a maiden World Cup title, Rabada returned home from the Indian Premier League (IPL) earlier this month to avoid aggravating a back problem ahead of the showpiece tournament. 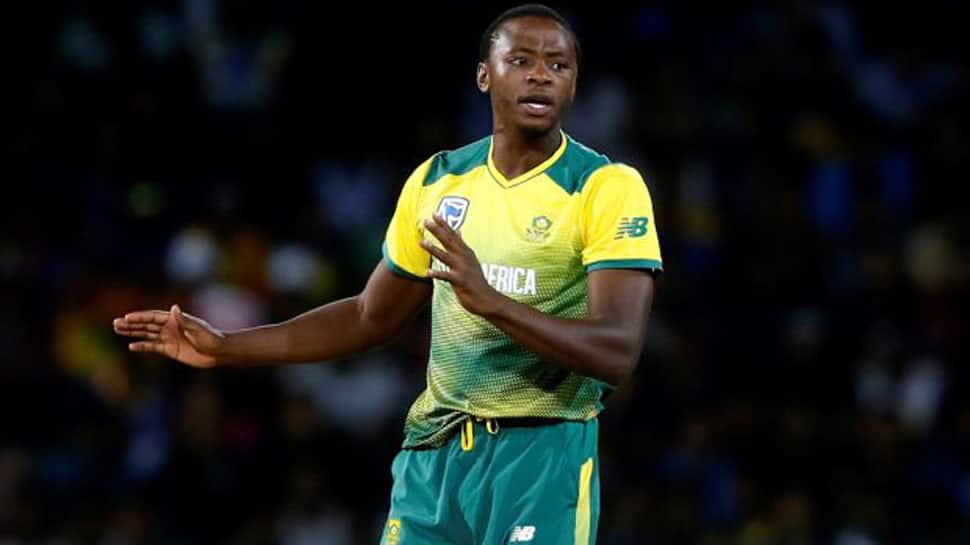 South African speedster Kagiso Rabada conceded feeling rusty in their warm-up match against Sri Lanka but was relieved that he did not feel any pain on his return to action from a back injury.

A key cog in South Africa`s bid for a maiden World Cup title, Rabada returned home from the Indian Premier League (IPL) earlier this month to avoid aggravating a back problem ahead of the showpiece tournament.

The right-arm paceman returned figures of 7-0-40-1 in their 87-run victory against 1996 champions Sri Lanka on Friday and was not unhappy with the outing.

"I felt a bit rusty, but it was good to get a run out in the middle and get a feel for things again," he said.

"There`s no pain. I`m feeling all right, just rusty in terms of my bowling smoothness. But it`s all a work in progress."

"That`s why we have warm-up games so it`ll be a challenge for me to get ready before the tournament starts."

Skipper Faf du Plessis hoped Rabada would get better as the tournament progressed.

"KG has been slowly building up, working on his action and working on his run-up. Today was the first time he was bowling at full intensity," du Plessis said.

Rabada headlines what is one of the best pace attacks in the tournament who will begin their campaign on Thursday against an England side teeming with explosive strokeplayers.

"England is going to be a stiff challenge, but an enjoyable one," said Rabada, who turned 24 on Saturday.

"It`s crunch time - the first game of the World Cup and it`s going to go down in history."

"They`re a strong team, with good batsmen and bowlers. Multiple players from our team have played against England, we`re familiar with them and that helps."

"On the day, we have to rock up. With the quality they possess, we need to make sure we are on top."