The same troll had previously also mocked Sara’s brother Arjun Tendulkar for getting picked by the Mumbai Indians franchise. 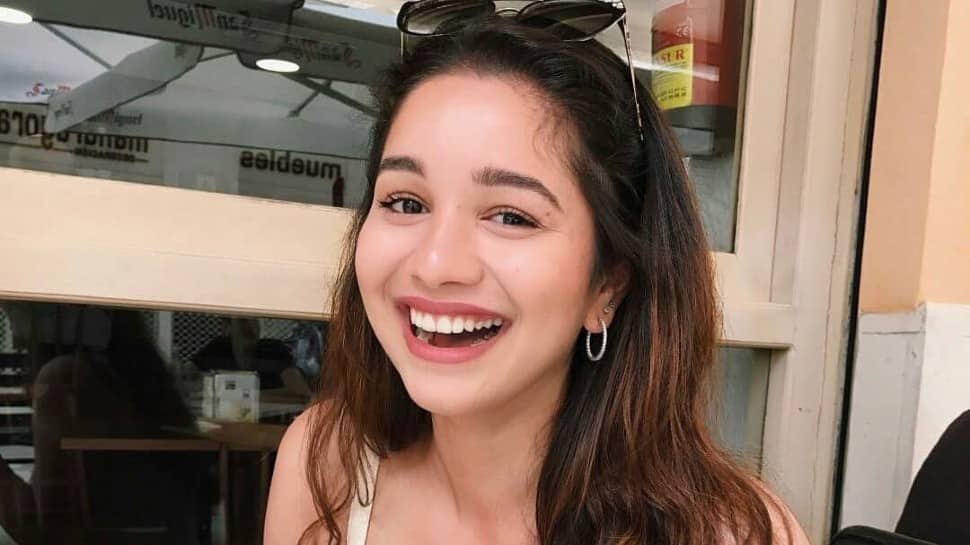 23-year-old Sara on Friday (April 16) took to her official Instagram handle to post an Insta story of her enjoying a coffee from Blue Tokai Coffee Roasters with a caption, “@Bluetokaicoffee saves lives”.

Meanwhile, a troll replied to her story, deriding it by writing ‘wasting father’s money’.

Sara took note of this message and posted it on her Instagram handle. While tagging the girl, she replied, “Ummm…Any money spent on caffeine is money well spent, not wasted LOL (whoever’s it may be)” 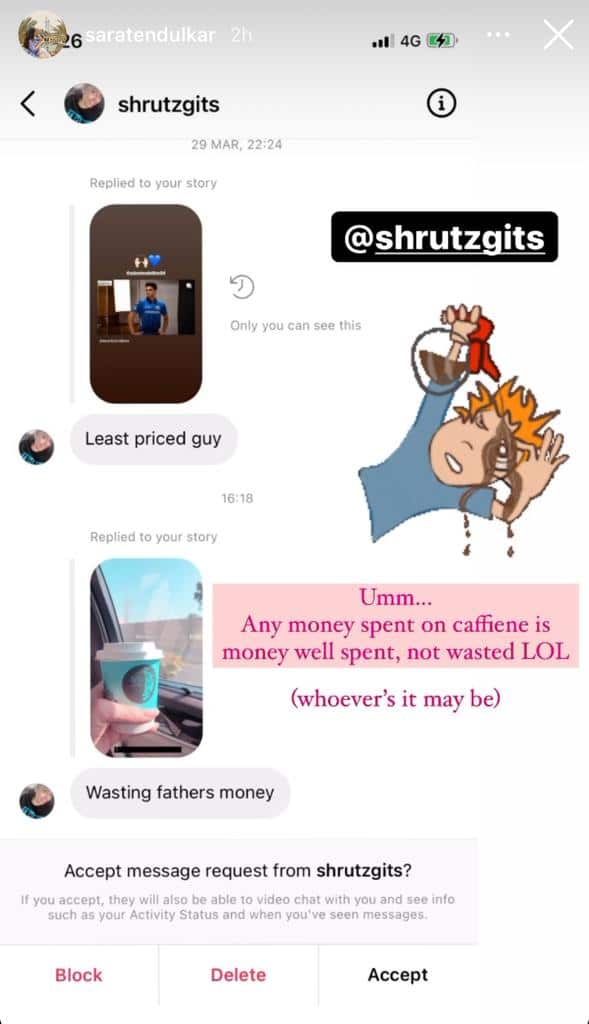 Interestingly, the same troll had previously also mocked Sara’s brother Arjun Tendulkar for getting picked by the Mumbai Indians franchise at a mere amount of INR 20 lakhs, calling him 'least priced guy'.

“Nobody can take this achievement away from you. It is yours:” Sara had said in her Instagram Story. Tendulkar's son Arjun is set to make his IPL debut with the Mumbai Indians in the 14th season of the IPL. Arjun was signed by Mumbai Indians at his base price during the IPL 2021 auction.

Meanwhile, Arjun in a video message said, "Since childhood, I have been a die-hard fan of Mumbai Indians. I would like to thank the coaches, owners, and support staff for showing faith in me. I can’t wait to put on the blue and gold (jersey)."

Also, MI coach Mahela Jayawardene came out in Arjun's support and said, "We’ve looked at it purely on a skill basis. There’s going to be a big tag on his head because of Sachin. But luckily he’s a bowler, not a batsman. I think Sachin will be very proud if he could bowl like Arjun."

IPL 2021 MI vs SRH, Match 9 Full Schedule and Match Timings in India: When and Where to Watch Mumbai Indians vs Sunrisers Hyderabad Live Streaming Online