Rohit had a great run in the recently concluded World Cup 2019, where he slammed five hundreds. 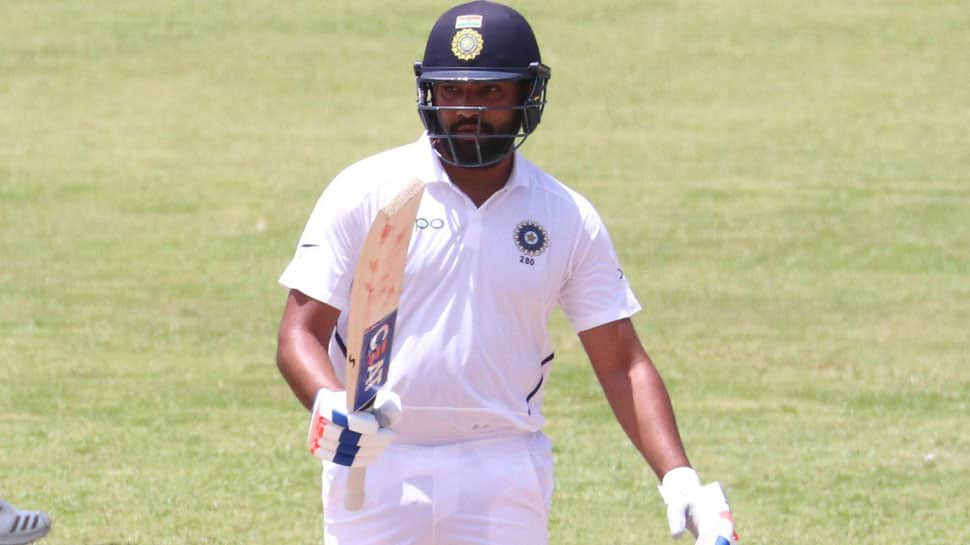 Former India captain Sourav Ganguly has once again backed Rohit Sharma for the Test opener's role and feels that the batsman deserves an opportunity in the longest format of the game.

Ahead of the India vs West Indies series, Ganguly had opined Rohit should be tried for the opening slot. However, he was left out for both the games. Ganguly also said KL Rahul's poor form can push the team management to try out Rohit as the opener with Mayank Agarwal.

Rohit had a great run in the recently concluded World Cup 2019, where he slammed five hundreds.

"I had suggested earlier about trying Rohit Sharma as an opener in Test cricket and I still believe that he needs to be given an opportunity because he is too good a player to be left out in the cold," Ganguly wrote in his column for an Indian daily.

"After a fantastic World Cup, I believe he will be itching to grab the opportunity to open in Tests. With Ajinkya Rahane and Hanuma Vihari settling in nicely, there is not much left to play around in the middle-order," the former captain added.

Ganguly also felt fixing the problem with the opening slot is the need of the hour for India in the longest format of the game.

"The opening still remains an area to work on. Mayank Agarwal looks good but will need a few more opportunities. His partner KL Rahul, though, has flattered to deceive and that creates an opening at the top," Ganguly opined.

Speaking on the poor show by Jason Holder-led West Indies side in the series, where they were whitewashed 0-2, Ganguly said the hosts lacked application.

"As has been clearly evident in every form of the contest, West Indies have the talent but in terms of application, they are a long way off. How they manage to resurrect themselves from here on will define the future of West Indies cricket," the former left-handed batsman wrote.