This is our World Cup: Ben Stokes assures fans despite England's loss to Australia

England have now lost two matches on the trot - against Sri Lanka and Australia. Ben Stokes, however, is confident his side will bounce back against India. 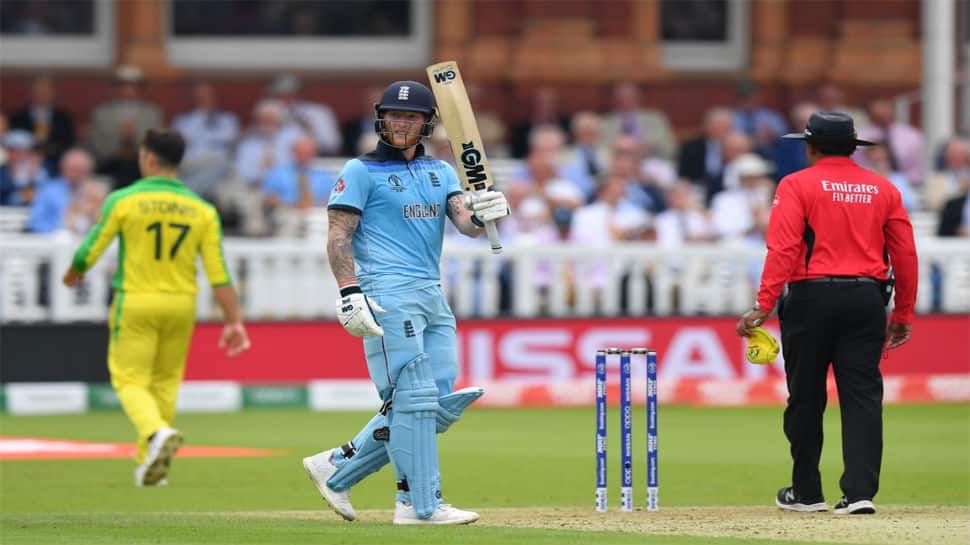 England hardly looked like the dominating side picked as favourites to win the ICC Cricket World Cup 2019 when they faced off against arch-rivals Austalia at Lord's on Tuesday. The hosts succumbed to some fine bowling to lose the match by 64 runs and are now fourth in the points table. For Ben Stokes, however, the match was but a temporary aberration.

Stokes provided the sole glimmer of hope in the English batting lineup which had been set a target of 289. The all-rounder helped himself to a carefully stitched 89 runs off 115 deliveries despite coming in at a time when the top-order had caved in. His two sixes and eight boundaries may not have been enough to take his team even close to the Aussie target but Stokes said after the match that England's chances of winning the World Cup remain bright as ever. "This is our World Cup," he was quoted as saying in a report published by the International Cricket Council (ICC). "Look, everybody's obviously disappointed in the last two games but, you know, this is our World Cup and we are going to go about it the way we know how we play best."

Stokes maintained that the defeat against Australia is 'nothing to worry about'. "I think that's our mindset, that's what's made us so successful in the last four years. Back-to-back losses can sometimes make you as a team think differently. But we are not going to go away from our method of playing," he said.

England is No. 1 in the ICC ODI rankings for teams and will next face off against India - ranked No. 2. Stokes understands the significance of the match at Edgbaston on Sunday but was confident that his team would bounce back. "We've got a great record against India in England, but we'll just have to wait and see what conditions we’re faced with, but they are another team who are in good form, so hopefully we can bring our best game."

With the top four teams in the points table set to qualify into the semis, England would be hoping to secure wins from hereon to ensure lower-placed teams like Bangladesh, Sri Lanka and Pakistan are unable to qualify, at least not at their behest.