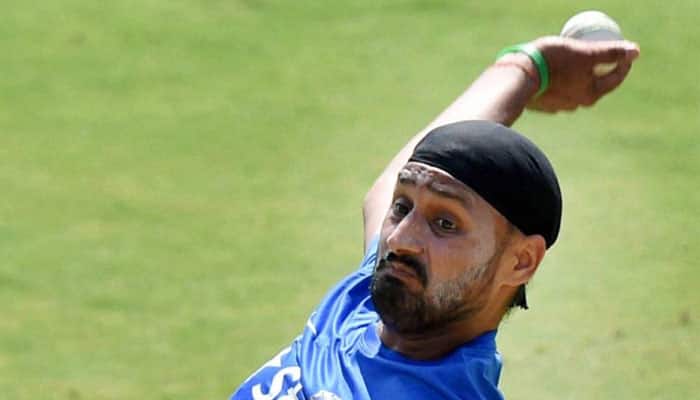 New Delhi: Skipper Harbhajan Singh led from the front with figures of four for 33 as Punjab beat Haryana by five wickets in a Vijay Hazare Trophy Group A encounter here today.

This is Punjab's third win in five games which keeps them in hunt for quarter-finals from this group.

Batting first, Haryana could score only 194 as Harbhajan's three wicket burst left them reeling at 127 for 5 from a relatively comfortable 75 for 1.

Punjab got the runs in 41.4 overs with Gurkeerat Singh Mann again anchoring the chase with an unbeaten 91 off 86 balls studded with 14 boundaries.

All his four wickets were LBWs as he extracted good bounce from the Palam strip.

Chaitanya Bishnoi (38) got an off break while Shivam Chauhan (1) was done in by a straighter one. Rahul Dagar failed to read Harbhajan's straighter one.

Punjab were also in trouble at one stage with 75 for four as Yuvraj Singh (8) was cleaned up by Harshal Patel as he was beaten for pace.

But Gurkeerat kept his cool during the chase and it was a comfortable win in the end.

"It was good to get a four-wicket haul. The tournament has gone well for me so far as I have been economical in four of the five games. Hopefully we can beat Odisha and qualify for the knockouts," Harbhajan said after the match.

Summarised scores of other Group A matches: