Vijay Shankar has the composure to rotate strike in the middle overs, which is extremely crucial in a one-day international and can bring out the big shots as and when needed. 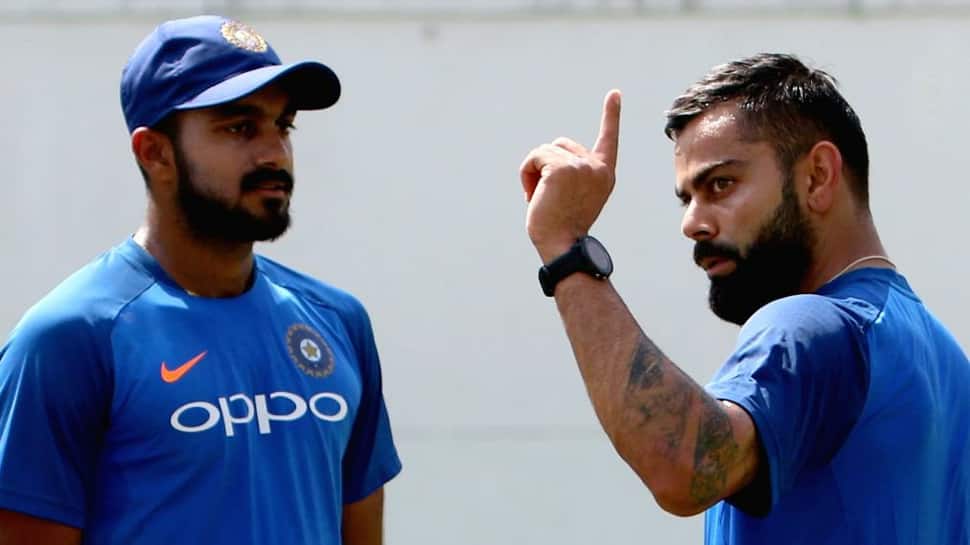 NOTTINGHAM: The injury to Shikhar Dhawan has once again opened up India’s No. 4 debate, the batting position for which a plethora of players have been auditioned, dating back to Asia Cup last September. Ambati Rayudu, Vijay Shankar, KL Rahul, Kedar Jadhav, Dinesh Karthik, MS Dhoni – all have been tried out, one series after another.

And despite that, even after nine months of constant experimentation, where has it landed the team management? Nowhere but one cold, dead, end.

India have weighed in numerous permutations and combinations, going from all the aforementioned names and others. Even Shubman Gill was tried against New Zealand. Has their search for a potent No. 4 ended yet? A defining no. Could it end during the World Cup? Possibly yes.

On Wednesday, on the eve of India’s World Cup contest against New Zealand, Shankar was the first to pad up and hit the nets. He did so for a good 40 minutes, facing Sanjay Bangar and Ravindra Jadeja under the keen eye of coach Ravi Shastri. It wasn’t an intense session; just some light knocking. But the fact after Shankar – wearing a sweatshirt – spent the most time and faced maximum deliveries after Virat Kohli and Rohit Sharma indicate that India may send out a new No. 4 for the match against New Zealand, and quite possibly, also for the remaining games.

Is Shankar the most suited candidate to fit the bill? Yes. He has the composure to rotate strike in the middle overs, which is extremely crucial in a one-day international and can bring out the big shots as and when needed. To prove it, let us analyse a couple of recent knocks played by him. In Nagpur, during India’s second ODI against Australia, Shankar, batting at No. 5, scored a plucky 46 off 41. He rotated the strike and went big, allowing his captain at the other end, Virat Kohli, to settle and build his innings towards a century. Their partnership was a fluent 81 off 70 deliveries, one that allowed India to put 250 on the board despite a top and lower order collapse.

Next, recall the fifth ODI between India and New Zealand in Wellington. India were reduced to 18 for 4 before Shankar and Rayudu came together to dig India out of a hole. They put on 98 runs for the fifth wicket, and although it was Rayudu who top-scored with a 90 and brought out the big shots, Shankar ensured he kept the scorecard ticking. He laid down the marker for Kedar Jadhav and Hardik Pandya to do their aggressive hitting bit at the end. India crossed 250, which at one stage was unimaginable.

In a recent interview with CricketCountry, Harbhajan Singh mentioned how the No. 4 spot vacated by his former India team-mate and close friend Yuvraj Singh is yet to fill. But let’s face it. This team is nothing like the one Yuvraj played in. This has match-winners from top to bottom, but one that is slightly laid back. In the current Indian team, if you look at the role of India’s No. 4, its purpose is to act as a connecting link the top three and No 5, 6 and 7. India are heavily dependent on their top three – Kohli, Dhawan and Rohit Sharma. Shankar’s presence in at No. 4 promises to offers a sense of calm in the innings from where Pandya, Dhoni and Jadhav can take off.

For months leading up to the World Cup, Kohli maintained how Ambati Rayudu was emerging as India’s No 4, but once he was 3-(D)ropped, you knew Shankar was going to be India’s man of the hour. Rayudu has scored runs in the sub-continent, but been a bit a disappointment overseas. Even when he hasn’t, Rayudu looked disjointed. Shankar has no such drawbacks. When he hits big, they stay big. When he keeps them grounded, carving the ball through gaps, he looks technically and temperamentally sound.

With Shankar getting a chance in both New Zealand and Australia series, it was pretty much a sign from the BCCI that India are grooming him as their No. 4 for the World Cup. And sure enough, had he not copped a blow to his elbow during that training session ahead of India’s first warm-up against New Zealand, he would have ended up playing both practice matches and potentially the first two World Cup games against South Africa and Australia. But he did hurt himself, which meant Rahul slotted in and scored that cracking century against Bangladesh. And India cannot keep him out. Especially now, when he’s finally looking set to crack the ODI code.

India like to maintain that they don’t have a fixed contender for the much-debatable spot. As per the need of the situation, different players will walk out at No. 4. If Rohit, Dhawan and Kohli provide a strong start, from there, Rahul can help sustain that momentum. If India seek stability, MS Dhoni can might as well offer it. If the innings need a move on, they have Karthik. If India need partnerships to forge, they have Jadhav. Or if India want someone to shred the attack, look no further than Pandya.

And then there’s Shankar, who can do all of those things.