The Warriors, led by Luke Ronchi's 33-ball 70-run knock, chased down the target inside 18 overs to claim an impressive victory. 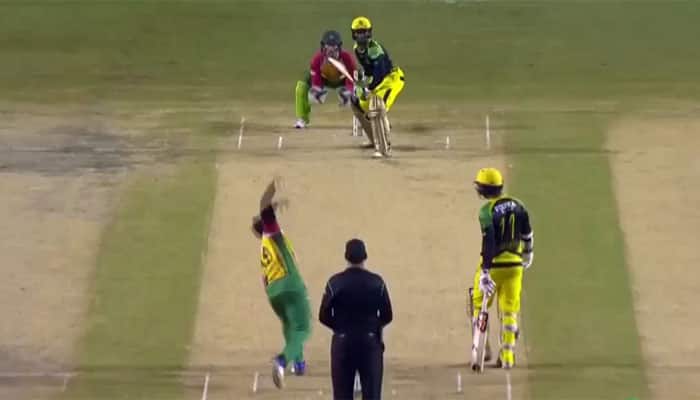 The hat-trick becomes even more special considering all three wickets that he claimed were bowleds, coming off googlies.

It was the first hat-trick in CPL history. First to depart was McCarthy, who was beaten while driving by a googly to begin the 15th over. Jonathan Foo lunged at another googly from the Afghanistani spinner on the next ball and the ball was soon seen knocking into his leg stump.

Rovman Powell's didn't learn from the previous two dismissals. He was teased into chasing a flighted delivery well outside off that spun back sharply to hit the off stump, which confirmed the hat-trick.

Here are seperate videos of all three dismissals:

The Tallawahs' looked to be struggling to even reach the 150-run mark at one point but then skipper Kumar Sangakkara held firm from the other to slam an unbeaten knock of 57 runs off 38 balls to propel the team to a total of 168/8. The Warriors, led by Luke Ronchi's 33-ball 70-run knock, chased down the total inside 18 overs to claim an impressive victory.