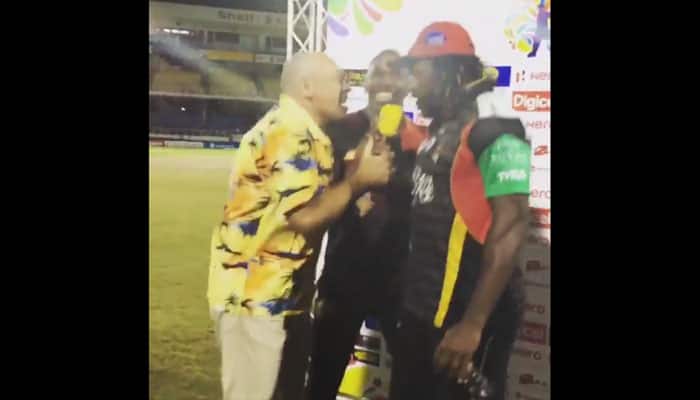 New Delhi: West Indian players and their love for dancing isn't a hidden secret. In the recent CPL encounter between, Dwayne Bravo and Chris Gayle lit up the post-match presentation ceremony by putting their dancing shoes on.

In Match 12 of the 5th edition of the Caribbean Premier League, Trinbago Knight Riders were up against St Kitts and Nevis Patriots. The Dwayne Bravo-led Knight Riders cruised to yet another victory and hence maintained their dominance in the tournament.

The Knight Riders orchestrated a stunning victory, thanks to Denesh Ramdin's unbeaten 35-ball 59 run knock, which propelled his side to a four-wicket win over St Kitts and Nevis Patriots in a top-of-the-table clash.

In the post-match presentation, veteran West Indian players Dwayne Bravo and Chris Gayle put on their dancing shoes along with Danny Morrison.