South Africa pacer Kagiso Rabada on Saturday became the fourth cricketer to take a hat-trick in the T20 World Cup. 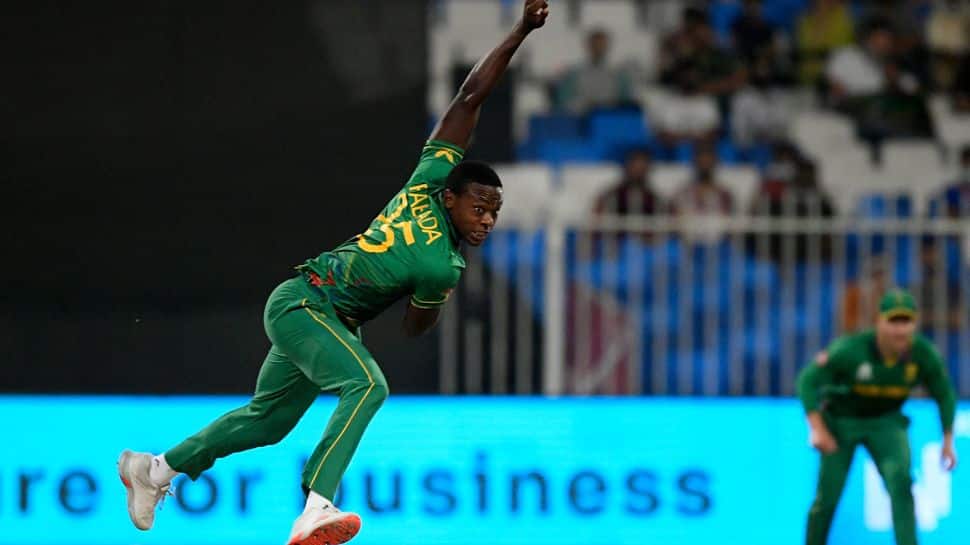 South Africa pacer Kagiso Rabada on Saturday became the fourth cricketer to take a hat-trick in the T20 World Cup.

Rabada achieved the feat against England in the ongoing T20 World Cup on Saturday.The South African pacer dimissed Chris Woakes, Eoin Morgan and Chris Jordan as England batters looked for boundaries since the side needed 14 runs in the last over.

Rabada did not jave a great day. He had been hit for three consecutive sixes in the 15th over of the innings and had leaked runs in abundance. However, with England requiring 14 off the last over, he was given the charge of bowling the crucial over. And he did not disappoint.

He removed Woakes, Morgan and Jordan to take South Africa to an amazing win by 10 runs.

However, South Africa failed to qualify for the semi-finals despite the win as England and Australia moved to the knockouts on Saturday.

With inputs from ANI

Chris Gayle hints at playing his last T20I for West Indies, but 'not retiring'