WTC Final: Virat Kohli, Jasprit Bumrah and other Indian players sweat it out in gym ahead of UK tour - WATCH

The official handle of BCCI tweeted a video in which the players like Virat Kohli, Jasprit Bumrah, Ravindra Jadeja and Cheteshwar Pujara can be seen sweating out in the gym as Team India gears up for WTC Final and UK tour. 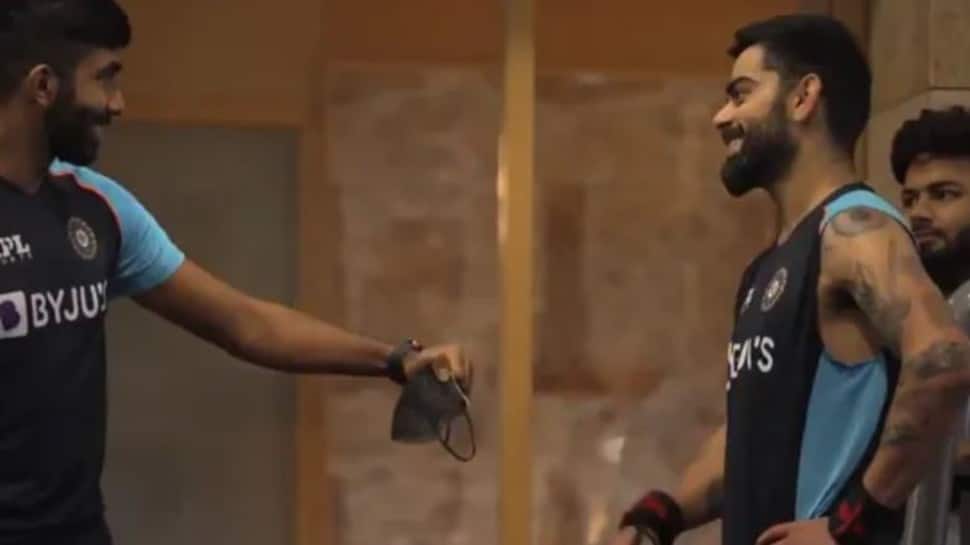 The Indian cricketers might be in quarantine ahead of the UK tour, but they are sweating it out in the gym to ensure they are fit and ready to go to England ahead of the World Test Championship final against New Zealand in Southampton, which is scheduled to begin from June 18.

The official handle of BCCI tweeted a video in which the players like Virat Kohli, Jasprit Bumrah, Ravindra Jadeja and Cheteshwar Pujara can be seen sweating out in the gym.

"Preps in full swing as #TeamIndia sweat it out in the gym ahead of the ICC World Test Championship Final," read the caption of the video.

"Looking at our team, Nick Webber and I both feel that we have benefitted with the gap we got for the boys to take rest. They have had a long year right from the last IPL to this, we have taken 3 weeks to take them through training which is not possible during the season. What we did was ask them to take rest at their homes, take some time off and relax. Then slowly, we started developing them towards what they need to do and where we feel that they are not able to workout during the season," Soham Desai, Strength and Conditioning Coach, said in the full video posted on the BCCI's website.

"We were fortunate enough to give them the right amount of weights in their rooms to help them address the issues. From the seventh day, they started individual training in the gym, we have ticked many boxes and we are in the right space. We are ready to fly to the UK now," he added.

The Indian Men's team will arrive in the UK on June 3, 2021 via a charter flight with negative PCR Test," ICC said in an official release. Prior to travelling, the party will have spent 14 days in a bio-secure environment in India during which regular testing will have taken place.

Upon landing, they will proceed directly to the on-site hotel at the Hampshire Bowl where they will be tested again before commencing a period of managed isolation.

Regular tests will be conducted during the period of isolation. Players' activity will be allowed in a gradually increasing manner after each round of negative testing, moving from exercise in isolation to small group and then larger squad activity, whilst always remaining within the bio-secure venue.

The New Zealand team is already in the UK ahead of their bilateral series against England and the team will see transition from the ECB bio-secure environment into the World Test Championship Final bubble on June 15 and will be subject to regular testing prior to and post-arrival in Southampton.