Team India captain Virat Kohli defined his bonds with former captain and Chennai Super Kings skipper Mahendra Singh Dhoni during an Instagram chat with his cricket fans. The dynamic duo shares great camaraderie both on and off the field. They have always praised each other on public platforms. 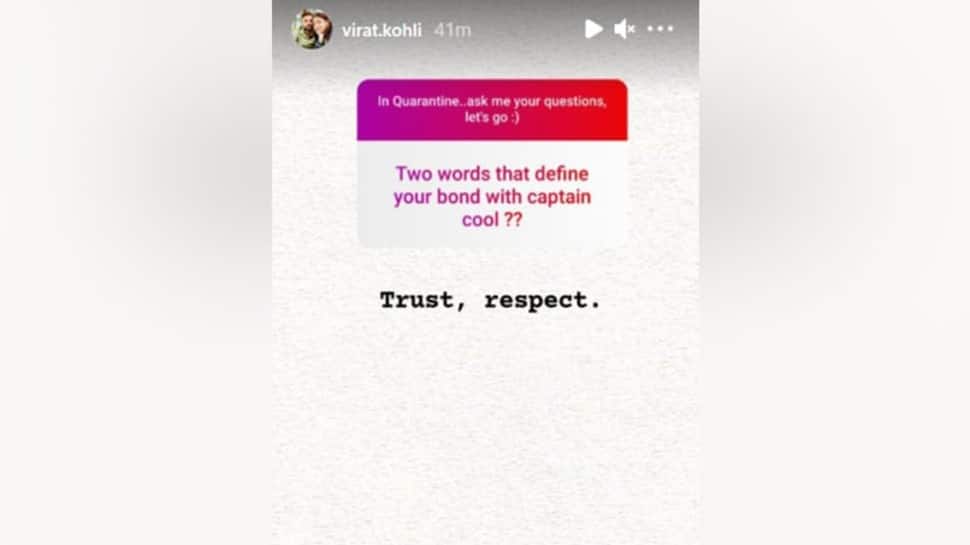 Kohli was also asked whether he likes criticism or compliments and the India skipper came up with a fine reply saying if it is not fake, he likes constructive criticism and genuine compliments.

Last year, Kohli, during an Instagram live with Ravichandran Ashwin, had said that Dhoni played a big role in him becoming the captain of the national team.

“I have always been inclined towards taking responsibility. After my debut for India, it was just about wanting to play, it was about being in the Indian XI all the time,” Kohli had said.

“Then, with your intrigue in the game, you start talking to the captain regularly. I was always in MS' ears, discussing different tactics,” Kohli added.

Dhoni announced his retirement from international cricket last year but he continues to play in the Indian Premier League for Chennai Super Kings. In the COVID-19-hit IPL 2021, Dhoni’s CSK were at the top of the table when the tournament got suspended indefinitely.

Kohli is the most followed Indian on Instagram with over 122 million followers. He is also the only Indian to breach the 100 million on the social media platform.

Kohli will soon travel to England with Team India for the final of the World Test Championships against New Zealand and later they will also play a five-match Test series against the hosts. India finished at the top on the points table of the WTC group stage. The last time when Kohli went to England for the Test series, he emerged as the leading-run scorer against England.