The two sides will now lock horns in an inconsequential third and final youth ODI of the three-match series at the same venue on Monday. 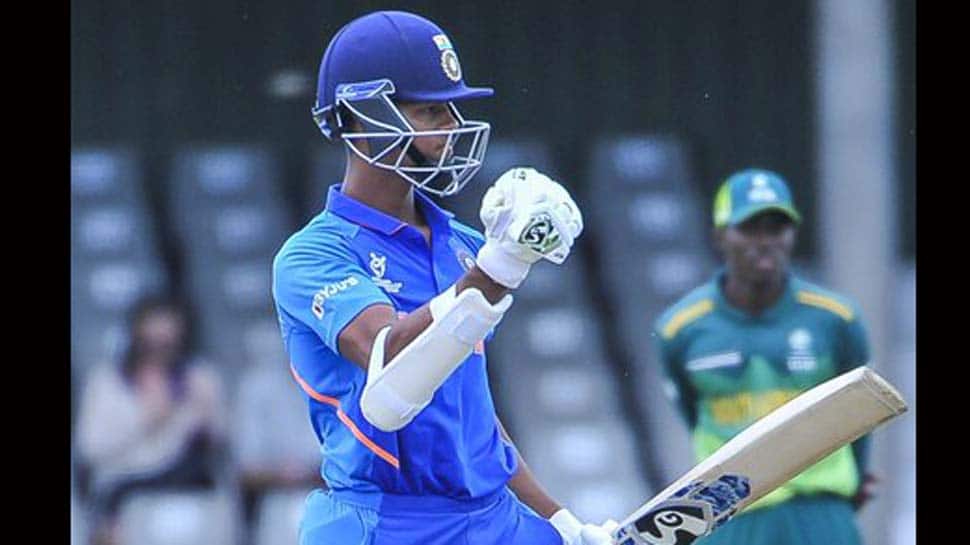 All-rounder Yashasvi Jaiswal shone with both bat and ball to help the Indian Under-19 men's team beat South Africa by eight wickets in the second Youth ODI at the Buffalo Park in East London on Saturday to seal the three-match series with a game to spare.

After winning the toss and opting to bowl first, Jaiswal bagged a four-wicket haul conceding just 13 runs while Ravi Bishnoi, Akash Singh and Atharva Ankolekar all chipped in with two wickets each as India Under-19 bundled out South Africa U-19  for 119 in under 30 overs.

First-drop Jonathan Bird was the highest scorer for the hosts with 25 runs.

In reply, Jaiswal struck an unbeaten knock of 89 runs off 56 balls while Dhruv Jurel contributed with 26-ball 26 to help India U-19 chase down the target inside just 16.2 overs.

Mondli Khumalo and Merrick Brett bagged a wicket each for South Africa U-19 by removing Shashwat Rawat (2) and Priyam Garg (0), respectively.

The two sides will now lock horns in an inconsequential third and final youth ODI of the three-match series at the same venue on Monday.