Maha Shivratri is one of the most splendidly celebrated festivals across the country. 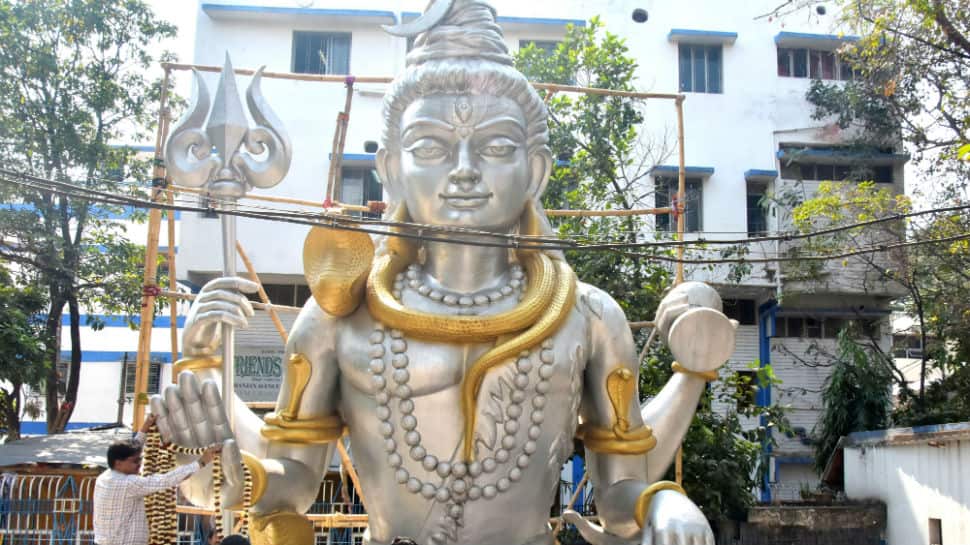 Devotees decorating idol of Lord Shiva with flowers on the eve of Maha Shivratri in Kolkata (ANI Photo)
Share:
Edited By:

The 25-feet tall 'shivling' at Brahma Kumaris in Kalaburagi, has been decorated with around 300 kg pigeon peas, local produce, on the occasion in Karnataka.

In Odisha, L Eswar Rao, an artist from Bhubaneswar's Jatni, has made a miniature model of a 'shivling', on a pencil nib and on the stone inside a small bottle on the occasion of Maha Shivratri.

Maha Shivratri, which literally translates to 'the greatest night of Shiva', is one of the most splendidly celebrated festivals across the country. It celebrates the grand marriage of the lord of destruction, Shiva -- with the goddess of fertility, love, and beauty -- Parvati, who is also known as Shakti (power).

According to Hindu mythology, on the night of the marriage, Lord Shiva had a very diverse group of acquaintances including Hindu gods, goddesses, animals, and demons escorting him to the house of the goddess.

The duo of Shiv and Shakti is considered to be the epitome of love, power, and togetherness. The festival marking the initiation of their bond - 'Maha Shivratri' - is celebrated with great fervour across India.

Maha Shivratri 2020: The festival of convergence of Shiv and Shakti