'People of all religions are welcome to Garbas'

Navratri is a festival which can be celebrated by all, irrespective of their caste or religion, says one of the organisers of Ruparel Navratri Utsav 2017 in Mumbai. 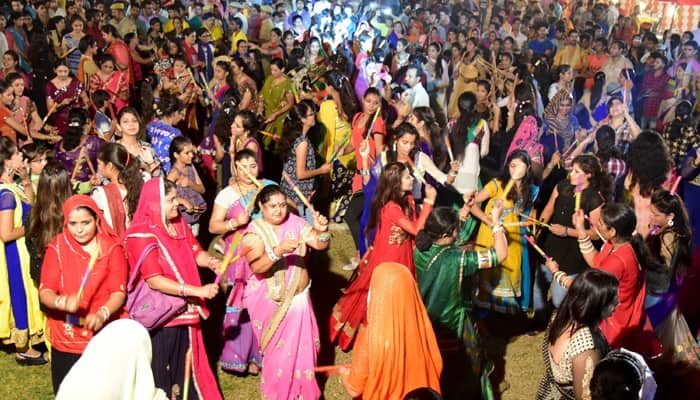 Mumbai: Navratri is a festival which can be celebrated by all, irrespective of their caste or religion, says one of the organisers of Ruparel Navratri Utsav 2017 in Mumbai.

Ruparel Navratri Utsav 2017, co-organised by Ruparel Realty and Showbizz Entertainment, will be held from September 21 to 29. Popular singer Falguni Pathak is set to perform at the festival.

Asked if Muslims are barred from such events, Santosh Singh, one of the organisers and director of Showbizz Entertainment, told IANS: "Garbas are not meant for Hindus only. There are no divisions based on caste or religion. Everyone should be welcome, and in Mumbai, they are."

The festival will take place at the 13-acre Late Shri Pramod Mahajan Sports Complex of Borivli, Mumbai. It means loads of people would turn up for the event. What are the security measures taken by them?

"We are not checking anyone's identity, but we have deployed extra security and stringent crowd management measures, especially for women, so that they can enjoy the festival while feeling safe and relaxed," said Singh.

Have demonetisation and GST taken a toll on Navratri celebrations?

"We don't know about others, but for us, this year the Navratri festival will be interesting because after demonetisation and GST, it will be the first religious and social programme that will bring lakhs of people together," he said.