Speaker Ram Niwas Goel tried to reason with the legislators, saying the LG's address is not a part of proceedings of the House, but they did not relent. 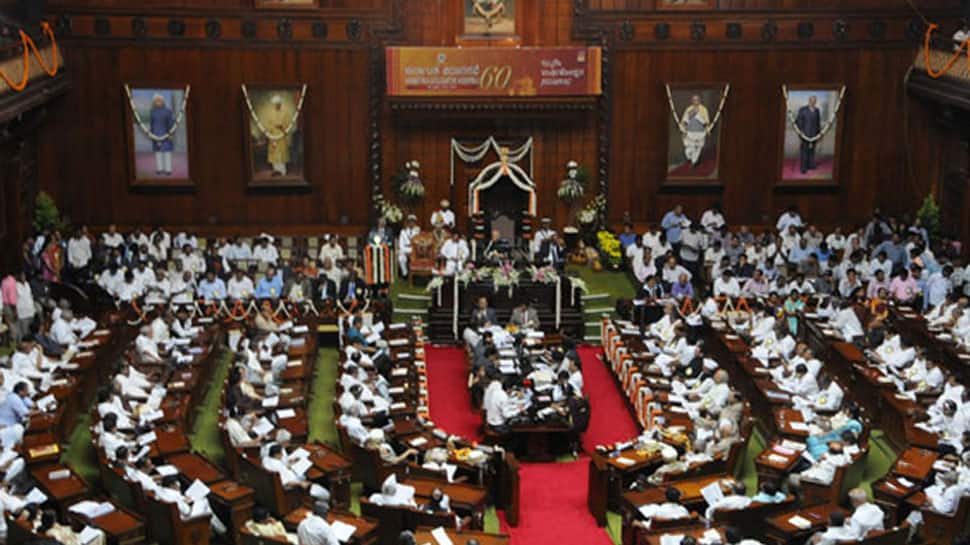 New Delhi: Three BJP MLAs were marshalled out of the Delhi Assembly on the first day of the Budget session on Friday for interrupting Lt Governor Anil Baijal's address with their protests over the AAP government's "delay" in sanctioning prosecution in the JNU sedition case.

Speaker Ram Niwas Goel tried to reason with the legislators, saying the LG's address is not a part of proceedings of the House, but they did not relent.

The three MLAs -- Leader of the House Vijender Gupta, O P Sharma and Jagdish Pradhan -- went to the well of the House after which Goel ordered them to be marshalled out.

Gupta charged the government with "delaying" the sanction for prosecution of accused in JNU sedition case. "We sought a reply from Chief Minister Arvind Kejriwal for not giving prosection sanction (to the Delhi Police) in the JNU sedition case, because the LG was present there.
"We wanted the CM's reply before the LG, but he kept mum, and we were marshalled out," Gupta tweeted in Hindi.

Reacting to BJP legislators' protest, Deputy Chief Minister Manish Sisodia said that opposition members should have respected the Lt Governor. "Opposition members have a problem. Despite the Speaker requesting them that the LG's address is not a part of the House proceedings and asking them to raise it during government works, they continued with their protest," Sisodia told reporters in the capital.

In January, Delhi Police filed a chargesheet against former Jawaharlal Nehru University Students' Union (JNUSU) president Kanhaiya Kumar and others in the sedition case registered in 2016.

Former JNU students Umar Khalid and Anirban Bhattacharya were also charged with allegedly shouting anti-India slogans during an event on the university campus on February 9, 2016 to commemorate the hanging of Parliament-attack mastermind Afzal Guru. Delhi Police has sought permission from the city government for prosecution in the case which is still pending.

When the House resumed after the LG's address, the BJP MLAs came back and raised the issue yet again and sought Kejriwal's reply over the alleged delay in the matter.

They trooped into the Well and argued with the Speaker. When Kejriwal presented a motion on election of financial committees, BJP legislators walked out of the House to register their protest.