A special CBI court Thursday sent senior Congress leader and former Union minister P Chidambaram to judicial custody in Tihar jail till September 19 in the INX Media case, saying that allegations against him were found to be "serious". 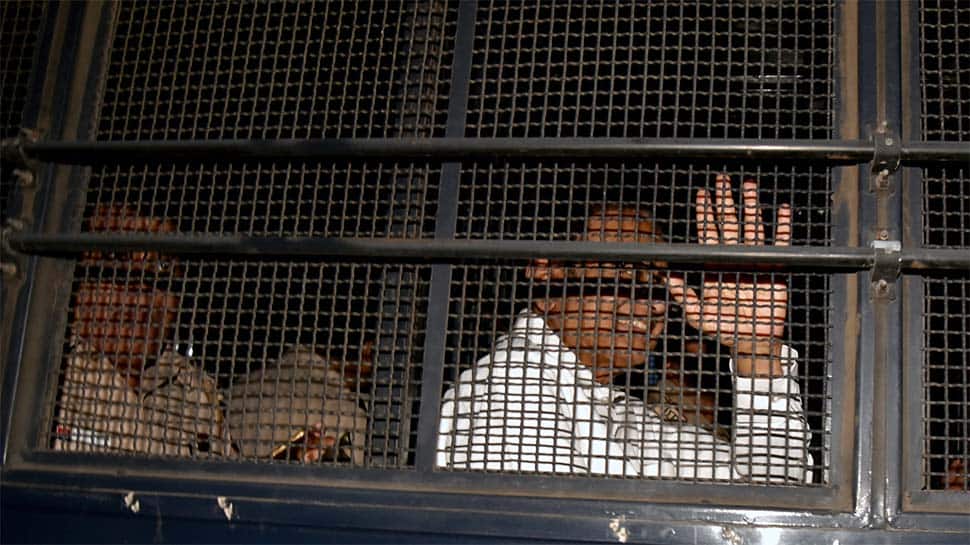 NEW DELHI: A special CBI court Thursday sent senior Congress leader and former Union minister P Chidambaram to judicial custody in Tihar jail till September 19 in the INX Media case, saying that allegations against him were found to be "serious".

Chidambaram, who was transferred to Tihar Jail from Rouse Avenue Court in a police bus amid high-security, waved to his supporters from the windows. He has been placed in Tihar's jail number 7, ward number 2, cell number 15. More than 700 inmates are lodged in jail number 7.

As per the jail rule book, breakfast will be served between 7 to 8 am, lunch at noon, tea at 4 pm and dinner between 7 pm to 8 pm. Chidambaram will be kept in a separate cell. Like other prisoners, Chidambaram too will be allowed 1.5 hours a day to watch TV.

Court also ordered the jail authorities to keep the former minister in a cell with a western toilet facility and provide access to his medicines. 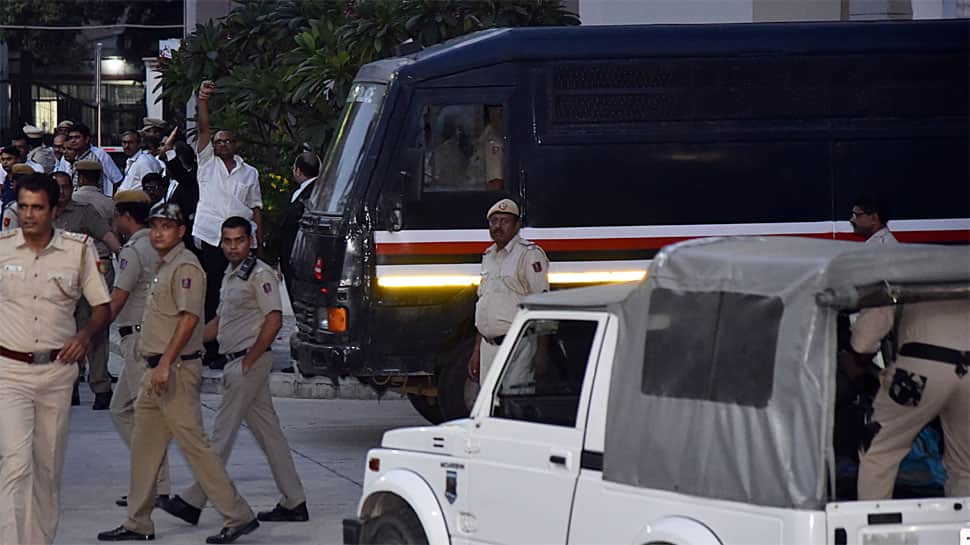 Lok Sabha MP from Sivaganga Karti Chidambaram reacts outside the Rouse Avenue District Court after the hearing in INX Media case of his father P Chidambaram, in New Delhi on Thursday. (ANI Photo)

"He will be kept in a separate cell in jail number 7 and will be served roti-dal-sabzi (chappati, pulses and vegetable) which is given to all inmates. He will be provided spectacles, medicine and western toilet, in accordance with court`s directives," Director General of Delhi prisons, Tihar, Sandeep Goel told ANI news agency.

While being escorted out by police personnel out of Delhi's Rouse Avenue Court to Tihar Jail, someone asked the former finance minister P Chidambaram: “You want to say something?”

He replied, “I am only worried about the economy.”