The deceased elderly couple had been identified as 'Vishnu' and 'Shashi Mathur' and their domestic help as 'Khushboo'. 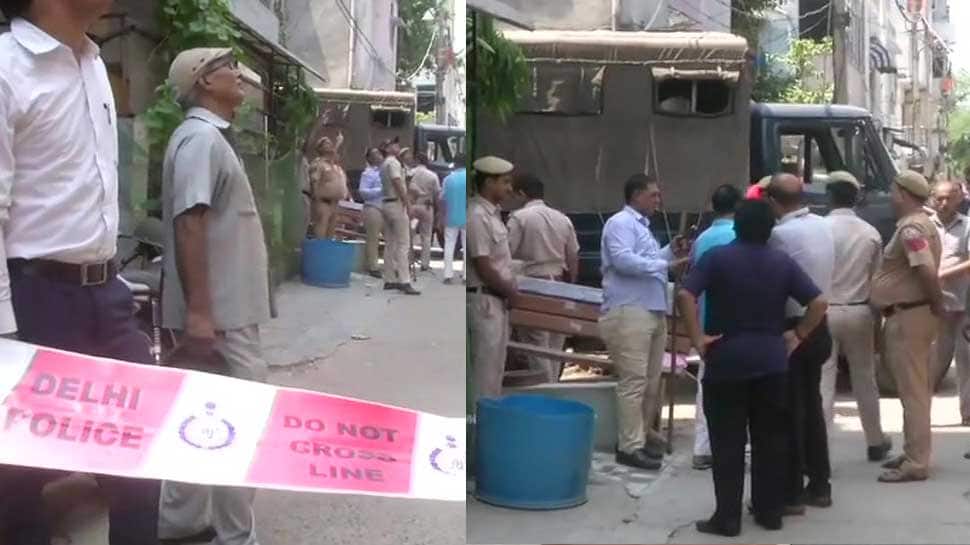 NEW DELHI: An elderly couple and their domestic help were found murdered at their residence in southwest Delhi's posh Vasant Enclave locality on Sunday.

The deceased elderly couple had been identified as 'Vishnu' and 'Shashi Mathur' and their domestic help as 'Khushboo'.

The Delhi Police, which is now probing the case, suspects an insider's hand behind the triple murder.

Though the motive behind the crime is yet to be ascertained, the police suspects that the killers were known to the elderly couple as nothing has been looted from the crime scene.

According to police, the suspects had got an easy entry inside the house as there were no signs of forced entry.

Speaking to reporters, Devender Arya, Deputy Commissioner of Police (Southwest) said that the crime scene is being inspected and an investigation is underway in this regard.

The DCP Southwest DCP further said that ''prima facie it looks like nothing has been looted from the crime scene and it appears that there was a friendly entry into the house.''

Devendra Arya,DCP South West on Vasant Enclave triple murder case: Prima facie it seems nothing has been looted and it looks like it was friendly entry into the house. Bodies sent for post mortem. Probe is on. #Delhi pic.twitter.com/1sgQfIUFsu

The dead bodies of the deceased had been sent for post-mortem and a probe is underway.

The police are working on all angles, which include property dispute or some family feud, and trying to obtain more leads from the deceased elderly couple's relatives and close door neighbours.

They are also trying to ascertain if any CCTV was installed close to the crime spot.

Despite tall claims of keeping the law and order in check by the Delhi Police, several cases of murder of senior citizens in various parts of the national capital had been reported in the recent past.

On Saturday, a couple in Dwarka was stabbed to death at their residence by unknown assailants.