Fire breaks out at AIIMS Trauma Centre in Delhi

No casualty has been reported in the incident, AIIMS authorities said. 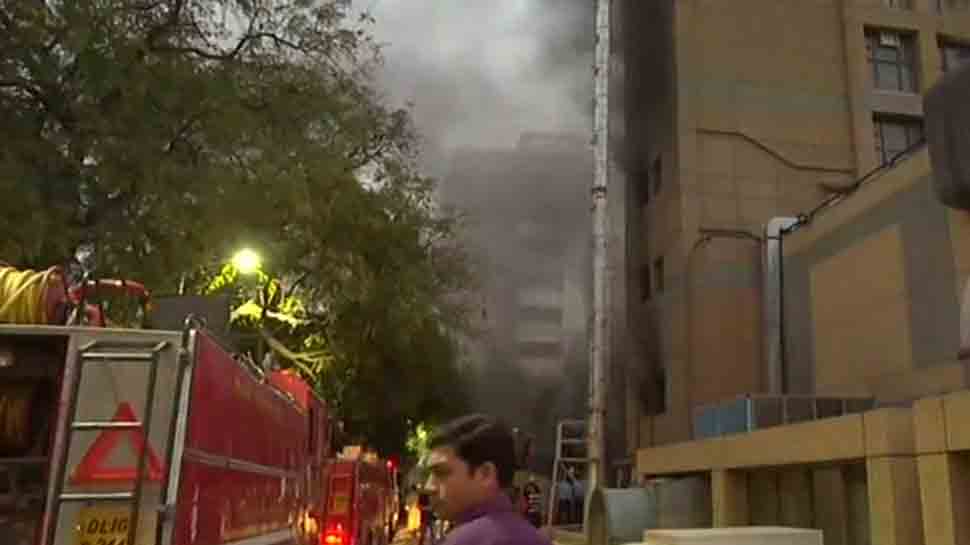 New Delhi: A fire broke out on Sunday inside an operation theatre in All India Institute of Medical Sciences (AIIMS) Trauma Center in New Delhi. A total of 24 fire tenders were rushed to the spot to douse the fire. All the patients and visitors were evacuated and shifted to another ward.

No casualty has been reported in the incident, AIIMS authorities said.

However, a report said that a child suffered burn injuries in the fire. However, an official confirmation on the same remains awaited. An ANI report said that the fire started from the basement of the building where the operation theatre is located. Patients on the ground and first floor were also evacuated due to heavy smoke.

A call was received at 6.13 pm about the incident and 24 fire tenders were immediately rushed to the spot, the Delhi Fire Service said. It took almost two hours to bring the fire under control.

Chief Fire officer Atul Garg told PTI that the fire was brought under control by 8 pm and the cooling process is underway. Meanwhile, the AIIMS administration has instituted an inquiry into the matter to identify the cause of the fire, which is suspected to be due to a short circuit.

According to a source at the hospital, two patients in separate operation theatres (OTs) had undergone surgeries just half an before the fire broke out and were at the OT recovery rooms.

Hospital sources said that all the patients were shifted to another ward and others were evacuated since the smoke engulfed the ground floor of the building. The sources added that the power supply in the building was stopped for a while and a short circuit could have led to the spark.

An AIIMS staff said that due to leakage of Oxygen supply on the floor, it took longer to control the flame. The Oxygen leakage from a pipe has also been fixed. Another source said that linen operation theatre clothes and cotton kept in the store were also burnt that led to a huge amount of smoke.

The AIIMS, in a statement, said at around 5:45 pm the smoke was noticed in one of the stores adjacent to the OT on the ground floor, staff and doctors of the hospital showed alertness and took quick action to try and douse the fire, while alerting the hospital's fire safety team and fire brigade, which immediately responded to the call. "As an abundant measure of precaution, the doctors and staff shifted the patients from the vicinity of the area to a safe zone. The situation was brought under control and the fire was doused by joint efforts of fire brigade, fire safety team and staff of the AIIMS," the hospital said in the statement.

The fire safety measure had automatically kicked into action. No patients or their attendants were in anyway harmed or injured due to the incident. There has been no injury to the staff as well, it said.

The extent of the damage is not yet known and will be accessed later, the statement said.

According to PTI, police from southwest district were also called in to control the crowd which had gathered in the hospital vicinity. The traffic movement on the road in front of the AIIMS Trauma Centre was disrupted for a while.

This is the third incident of fire at the hospital. In August 2018, a minor fire had broken out at AIIMS. However, the situation was brought under control soon and no injuries were reported. In another incident in December 2016, a fire in the pathology lab of the hospital was reported. At least fire tenders were rushed to the spot and the flame was doused within an hour. No casualties were reported then as well.