While laying the foundation stone for 11,000 new classrooms, Kejriwal and Sisodia sought votes for AAP in upcoming Lok Sabha elections. 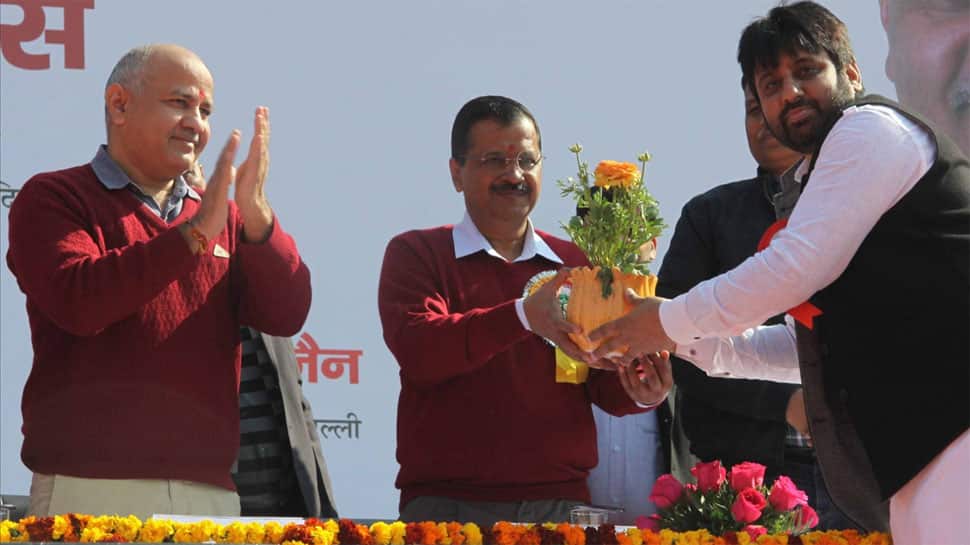 New Delhi: Two days after Delhi Chief Minister Arvind Kejriwal and his deputy Manish Sisodia campaigned for Aam Aadmi Party (AAP) at a school event for the upcoming Lok Sabha elections, the National Commission for Protection of Child Rights (NCPCR) wrote to the Delhi government calling it a “bad influence” on children.

The child rights body alleged that unannounced visits by ministers and party workers to Delhi government schools for election campaign interrupts student's studies. It further added that the visits should be arranged in a planned manner keeping in mind the safety and security of school children.

“It has been requested that identity and purpose of the visit are to be verified thoroughly from any visitor in the school and proper entry registers are to be maintained at the main gate,” the NCPCR said in its letter, as reported by ANI.

While laying the foundation stone for 11,000 new classrooms across 250 schools at the Sarvodaya Kanya Vidyalaya on Monday, Kejriwal and Sisodia sought votes for Aam Aadmi Party (AAP).

Addressing children and parents at the Sarvodaya Kanya Vidyalaya in New Friends Colony, the duo asked the parents to choose whom they love more: Prime Minister Narendra Modi or their children.

His deputy Sisodia also asked the students to thank their parents as they voted for AAP. "If the parents had not voted for AAP (in 2015), how could the party had worked for you and Delhi?"

He also thanked the parents for voting AAP.

"I asked someone who he will vote for. He said he will vote for Modi. On being asked why he said he likes and love Modiji. I said if you really love your children, vote for those who are building schools for them," said Sisodia, also the Education Minister.

Addressing the students, he added: "Go home and ask your parents if they love you or not. If they say they love you, ask them to vote for those who are building schools."

The Delhi government started the construction of these 11,000 new classrooms in the national capital from Monday and is aiming to complete the work by the year-end.

Beating Retreat: Traffic diversions and routes to avoid in Delhi