A temporary court had been set up at the AIIMS for recording the statement of the survivor in compliance with the Delhi High Court's order in connection with the case. 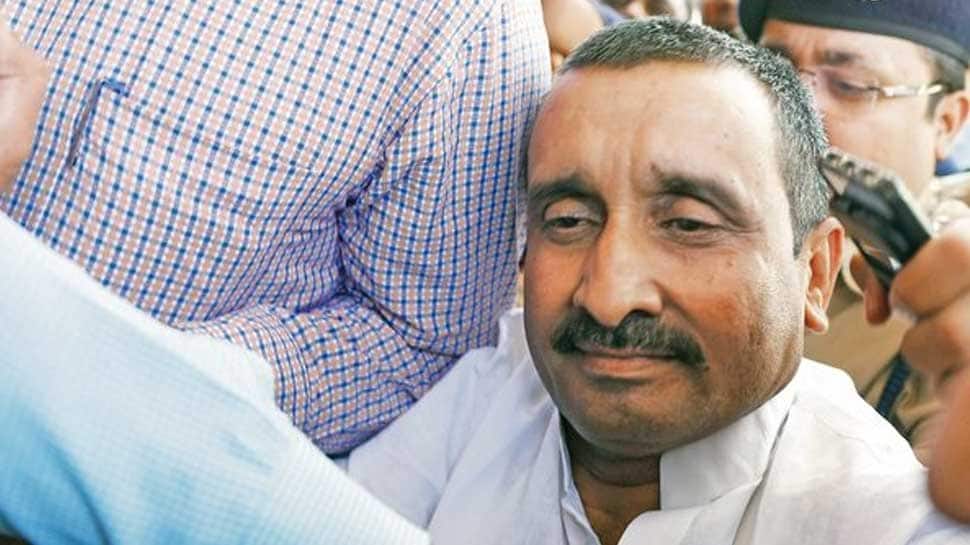 New Delhi: Expelled BJP legislator Kuldeep Sengar was on Wednesday taken to the All India Institute of Medical Sciences (AIIMS) where a temporary court has been set up to record the statement of Unnao rape case survivor. Sengar was taken to the AIIMS along with co-accused Shashi Singh.

Two defence lawyers, representing the accused, were also present in the temporary court.

A temporary court had been set up at the AIIMS for recording the statement of the survivor in compliance with the Delhi High Court's order in connection with the case.

The girl is currently undergoing treatment at the AIIMS Trauma Center after being seriously injured in an accident in Uttar Pradesh nearly two months ago. Her family had accused expelled BJP lawmaker Kuldeep Singh Sengar of conspiracy behind the car crash.

Sengar is currently lodged in Tihar jail for allegedly raping her in 2017.

Last week, the Delhi High Court had directed a lower court to hold trial proceedings in the AIIMS, where the survivor is still recuperating.

The court directed the in-camera proceedings to be conducted.

The AIIMS administration has also been asked to keep the CCTV switched off and depute an experienced nurse to remain present during the proceedings.

The Supreme Court had last month shifted the cases connected with the Unnao rape case to the national capital, following which the day-to-day trial began.

The apex court has also ordered the trial to be completed within 45 days.