The airlines has confirmed that the aircraft was not in service, it had been sold and was being transported by the new owner. 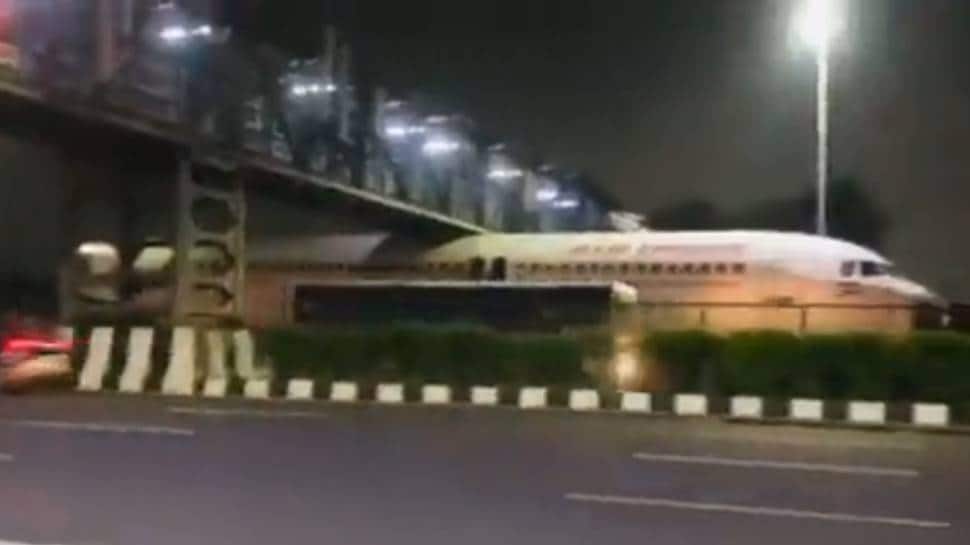 New Delhi: Netizens were left amused when a video of a scrapped Air India plane stuck under a foot over bridge surfaced on social media on Sunday morning. The nearly 40-second clip shows a plane stuck underneath a foot overbridge at the Delhi-Gurugram highway near Delhi airport. It left people scratching their heads as to how the plane got there in the first place.

#WATCH An @airindiain plane (not in service) got stuck under foot over bridge. Can anyone confirm the date and location?
The competition starts now pic.twitter.com/pukB0VmsW3

The video was shared on Twitter by a journalist who wanted more details about the incident.

It can be seen that vehicles are passing through one side of the highway while the other side appears to blocked by the aircraft. The aircraft got stuck mid way, its nose and half its body had crossed underneath the foot overbridge before the other half could not get through.

Later, Air India confirmed that there was no mishap, the plane was sold by Air India and it was being transported by the new owner when the peculiar situation arose.

“This is an old, scrapped aircraft which has already been sold off by us. There is no additional information as it involves the person to whom it has been sold off,” said an Air India spokesperson was quoted as saying by The Times of India.

“The aircraft certainly does not belong to the Delhi airport’s fleet... it is being transported without any wings. It appears to be a scrapped plane and the driver may have made a judgement of error while transporting it,” the official said

Notably, a similar incident had occured in 2019 when an abandoned India Post aircraft being carried on a truck got stuck under a bridge in West Bengal’s Durgapur.