The Economic Survey 2018-19 clearly stated that the year 2019-20 has delivered a huge political mandate for the government, which augurs well for the prospects of high economic growth.

New Delhi: Union Finance and Corporate Affairs Minister Nirmala Sitharaman tabled the Economic Survey 2018-19 in the Parliament on Thursday, which projected that India would grow at 7 percent in 2019-20 as compared to 6.8 percent in 2018-19 and maintain its fastest growing large economy tag in the world.

The Economic Survey 2018-19 also made a concerted effort for India to become a five trillion dollar economy by 2025. “To achieve the objective of becoming a USD 5 trillion economy by 2024-25, as laid down by the Prime Minister, India needs to sustain a real GDP growth rate of 8 percent,” the Survey said.

The Economic Survey clearly stated that the year 2019-20 has delivered a huge political mandate for the government, which augurs well for the prospects of high economic growth.

The slowdown in the world economy and Emerging Market and Developing Economies (EMDEs) in 2018 followed the escalation of US China trade tensions, tighter credit policies in China, and financial tightening alongside the normalization of monetary policy in the larger advanced economies, it added.

The Survey has retained India`s FY 19 fiscal deficit estimate at 3.4 percent of the GDP.  "The government stood by the fiscal consolidation path," says the report.

In February, while presenting the annual budget for 2019-20, the government had revised upward its fiscal deficit target to 3.4 percent of gross domestic product (GDP) for 208-19 from the previously estimated 3.3 percent budgeted target.

The Survey said that on the external front, current account deficit (CAD) increased from 1.9 per cent of GDP in 2017-18 to 2.6 percent in April-December 2018 . The widening of the CAD was largely on account of a higher trade deficit driven by rise in international crude oil prices (Indian basket). The trade deficit increased from US$ 162.1 billion in 2017-18 to US$ 184 billion 218-19.

Real growth in ‘Agriculture & allied’ sector was lower in 2018-19 at 2.9 percent, after two years of good agriculture growth. As per the 3rd Advance Estimates released by Ministry of Agriculture & Farmers Welfare, the total production of  foodgrains during 2018-19 is estimated at 283.4 million tones in 2017-18 (final estimate). There was a significant decline in food prices in 2018-19 as indicated by nearly zero percent consumer food price inflation in 2018-19 with price contraction straight for five months in the year.

Growth in the industry accelerated during 2018-19 on the strength of improving manufacturing and construction activity. The growth in manufacturing sector picked up in 2018-19, although the momentum slowed down towards the end of the financial year with a growth of 3.1 percent in fourth quarter of the year, as compared to 12.1 percent, 6.9 percent and 6.4 percent in first, second and third quarter respectively. 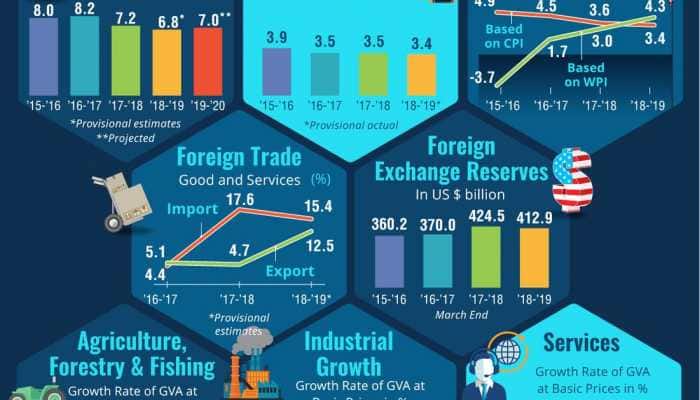 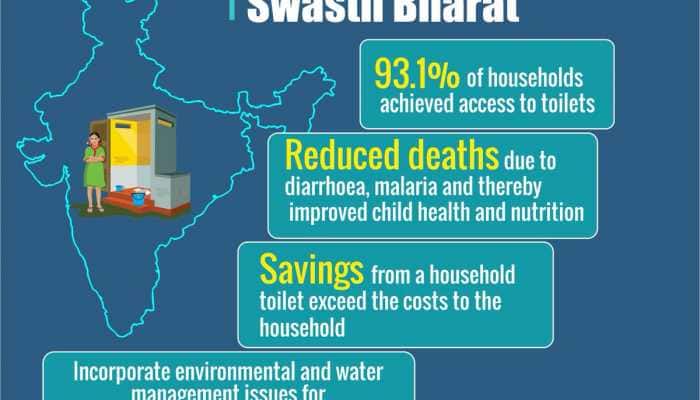 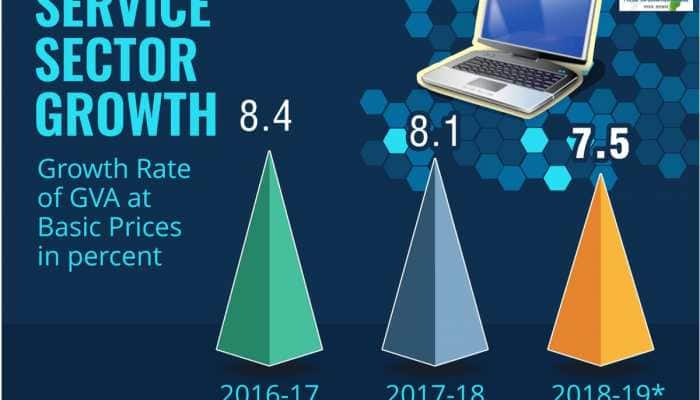 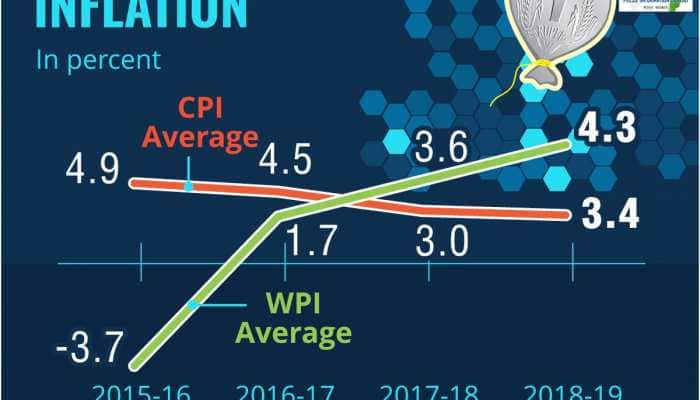 Inflation scenario for 2018-19 as per Economic Survey 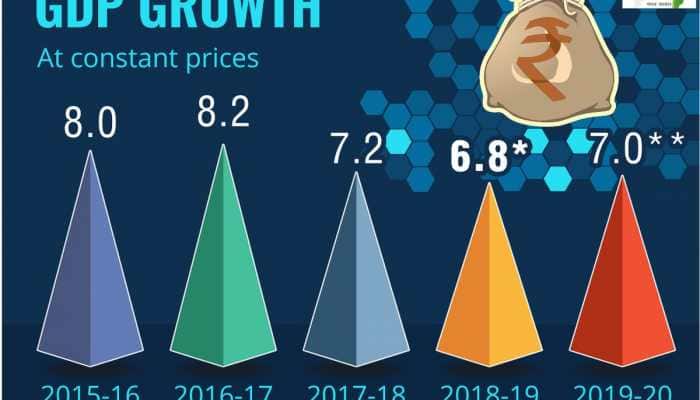 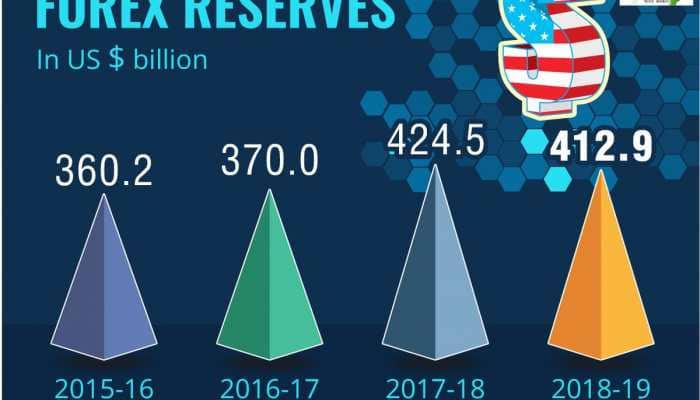 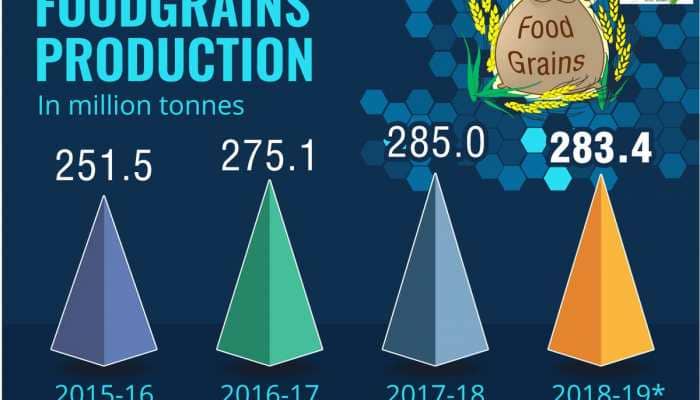