No mask? Airlines to put you on no-fly list or hand you over to police

Domestic flights resumed in India on May 25 last year after a gap of two months in view of the pandemic. 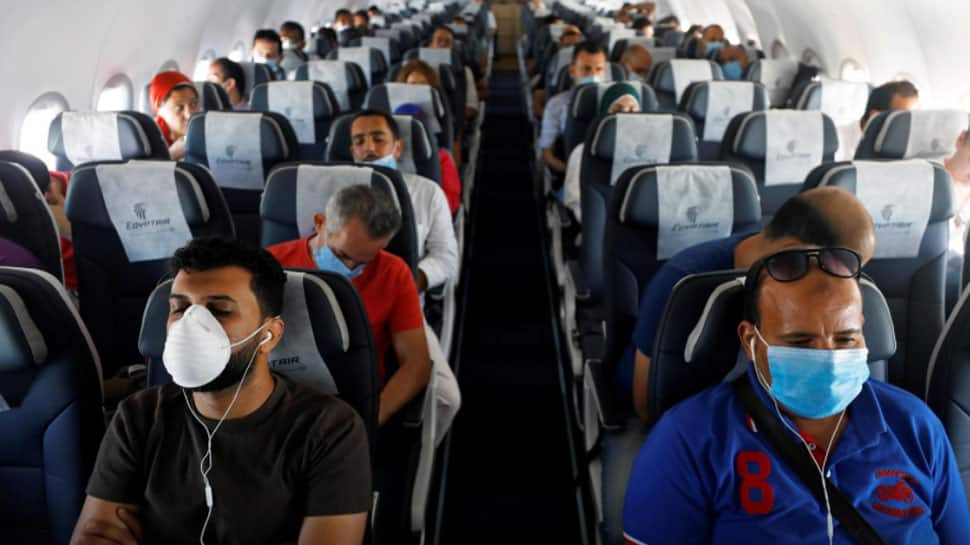 As per DGCA guideline, strict action will be taken against those passengers who refuse to wear masks. Such passengers can be put on the no-fly list or in harsher situations be even handed over to the police.

On Wednesday, Alliance Air reported that it had put 4 passengers travelling from Jammu to Delhi on March 16 in the no-fly list, for failing to wear mask. Indigo has said that that on Tuesday, the Airline company handed over a female passenger travelling from Delhi to Goa to the police as soon as she reached Goa, because the woman was not wearing a mask despite repeated requests and warnings.

As per the DGCA rules, an airline can choose to put an unruly passenger on its no-fly list after internal deliberations. Subsequently, airlines are following suit in putting passenger on their no-fly lists.  DGCA also issued a notice recently, informing that passengers will be de-boarded and may face a lifetime ban if they don't follow COVID appropriate behaviour inside the aircraft.

Domestic flights resumed in India on May 25 last year after a gap of two months in view of the pandemic.

"In partial modification of circular dated June 26, 2020, the competent authority has further extended the validity... Regarding scheduled international commercial passenger services to and from India till 23.59 pm IST of March 31, 2021," the Directorate General of Civil Aviation (DGCA) said in a circular.

However, special international flights have been operating under bilateral air bubble arrangements that have been signed with various countries, will continue to fly.