However, the Survey said that financial flows to the economy remained constrained because of decline in the amount of equity finance raised from capital markets and stress in Non-Banking Financial Companies (NBFC) Sector. 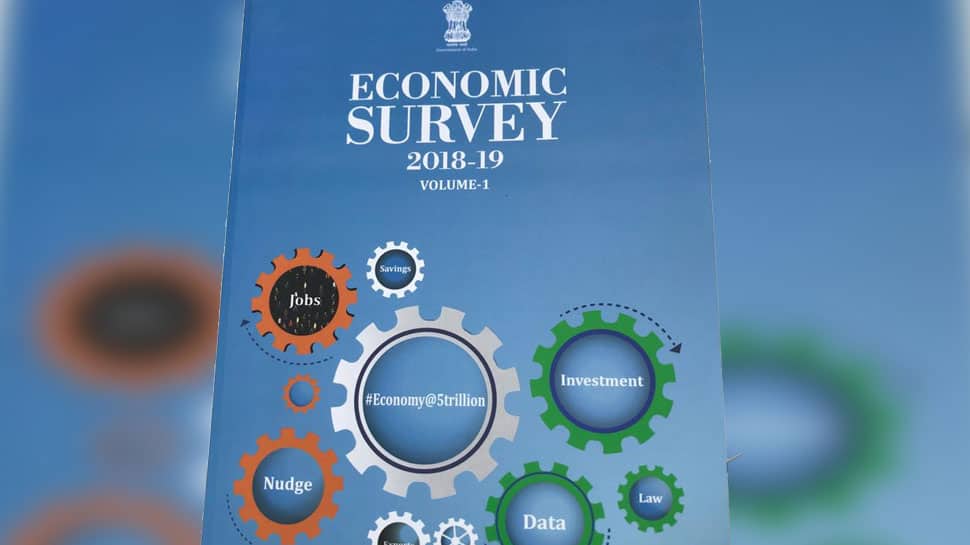 New Delhi: The Economic Survey 2018-19 tabled by Union Finance and Corporate Affairs Minister Nirmala Sitharaman in the Parliament on Thursday stated that performance of the banking system has improved as Non- Performing Asset (NPA) ratios declined and credit growth accelerated.

However, the Survey said that financial flows to the economy remained constrained because of decline in the amount of equity finance raised from capital markets and stress in Non-Banking Financial Companies (NBFC) Sector.

The Survey said that performance of the banking sector, Public Sector banks in particular, improved in 2018-19. The Gross NPA ratio of Scheduled Commercial Banks decreased from 11.5 percent to10.1 percent  between march 2018 and December 2018. Growth in Non-food Bank Credit (NFC), which remained sluggish in last few years, showed improvement in 2018-19. Bank credit to large Industry and services segments were the main drivers of overall NFC growth in 2018-19. However the pace of credit growth has moderated in last few months.

“The eco-system for insolvency and bankruptcy is getting systematically built out. It has already led to recovery and resolution of significant amount of distressed assets as well as palpably improved business culture,” the Survey said.

The Economic Survey stated that during 2018-19, the growth rate of monetary aggregates reverted to their long term trend. The currency in circulation increased by 22.6 percent in the last financial year. Increase in net RBI credit was mainly from the recourse to open market operations undertaken during the year.  Deposits with the banking system, both demand and time, recorded acceleration in their growth, leading to an increase in aggregate deposits by 9.6 percent in 2018-19.

During 2018-19, Indian Corporates preferred private placement route to gear up capital requirements. The cumulative net assets under management of all Mutual Funds increased by11.4 percent to Rs. 23,79,584 Crore. There was a net outflow of Rs. 5,499 Crore by Foreign Portfolio Investors in 2018-19. During the fiscal 2017-18 the gross direct premium of General Insurers (within India) was Rs.1,50,660 Crores registering 17.6 percent annual growth.