The Kisan Rail is carrying over 242 tonnes of fresh fruits and vegetables from the Rayalaseema region. 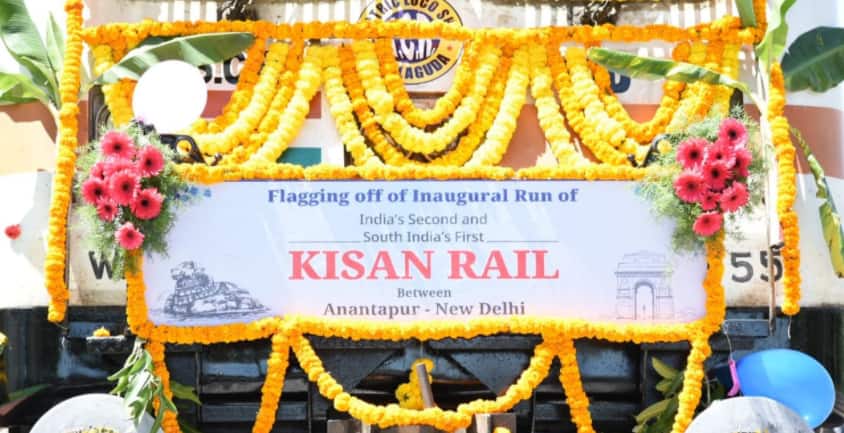 The train is carrying over 242 tonnes of fresh fruits and vegetables from the Rayalaseema region.

The first Kisan Rail from the South was launched from Anantapuramu on September 9 and Wednesdays were the third in the series, according to South Central Railway (SCR) chief public relations officer Ch Rakesh.

This was the first Kisan Rail in which the farmers and traders availed themselves of a 50 percent concession on freight charge under Operation Greens, he said in a press release here.

While four parcel vans carried tomatoes and fruits for Nagpur, eight others were loaded with musk melon, mosambi, lemons and oranges, among others, for New Delhi.

SCR general manager Gajanan Mallya said the opening of the loading point at Mulakalacheruvu Station would benefit the farmers in the region.

While assuring maximum support from the Railways, the general manager advised the farmers and traders to take advantage of Operation Greens and avail of the subsidy for the transport of notified fruits and vegetables through Kisan Rail.