In order to further simplify the GST return filing process, Finance Minister Nirmala Sitharaman announced that taxpayers having an annual turnover of less than Rs 5 Crore shall file only quarterly returns. Presenting Union Budget 2019 at the Parliament on Friday, she said the threshold exemption limit for a supplier of goods is proposed to be enhanced from Rs 20 lakh to an amount exceeding Rs 40 lakh. 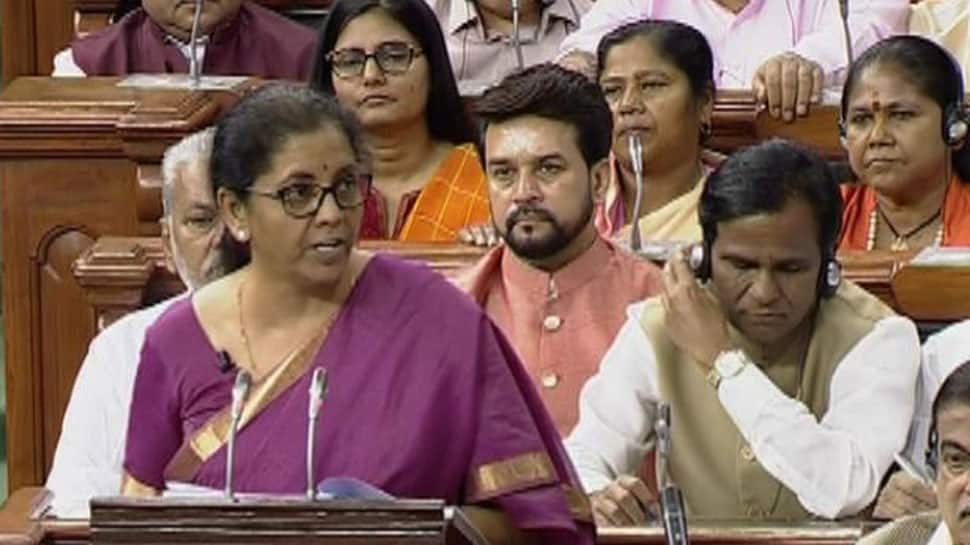 New Delhi: In order to further simplify the GST return filing process, Finance Minister Nirmala Sitharaman announced that taxpayers having an annual turnover of less than Rs 5 Crore shall file only quarterly returns. Presenting Union Budget 2019 at the Parliament on Friday, she said the threshold exemption limit for a supplier of goods is proposed to be enhanced from Rs 20 lakh to an amount exceeding Rs 40 lakh.

The Finance Minister announced that free accounting software for Return preparation has been made available to small businesses. A fully automated GST refund module shall be implemented. Multiple tax ledgers for a taxpayer shall be replaced by one.

The Budget proposes to move to an electronic invoice system wherein invoice details will be captured in a central system at the time of issuance.

“This will eventually be used to prefill the taxpayers’ returns. There will be no need for a separate e-way bill. To be rolled out from January 2020, the electronic invoice system will significantly reduce the compliance burden,” said Sitharaman.

The Finance Minister said that the landscape of Indirect Tax has changed significantly with the implementation of GST. Terming it as a “monumental reform”, Sitharaman said the GST regime has brought together the Centre and the States with the result 17 taxes and 13 cesses became one and multitude of rates instantly became four.

“Almost all commodities saw rate reduction. Tens of returns were replaced by one. Taxpayers’ interface with tax departments got reduced. Border checks got eliminated. Goods started moving freely across states, which saved time and energy. The dream of ‘One Nation, One Tax, One Market’ was realized,” she said.

Complimenting the GST Council, the Finance Minister said the Council, Centre and States proactively worked to resolve the teething problems witnessed during the initial phase of GST. Sitharaman said that GST rates have been reduced significantly where relief of about Rs. 92,000 crores per year has been given.

On the issue of huge pending litigations from the pre-GST regime, the Minister said that there is a need to unload the baggage and allow business to move on, as more than Rs 3.75 Lakh Crore is blocked in litigations in Service Tax and Excise.

The budget proposes a dispute resolution-cum-amnesty scheme, called 'the Sabka Vishwas Legacy Dispute Resolution Scheme, 2019' that will allow quick closure of these litigations. The relief under the scheme varies from 40 per cent to 70 per cent of the tax dues for cases other than voluntary disclosure cases, depending on the amount of tax dues involved. The scheme also provides relief from payment of interest and penalty. The person discharged under the scheme shall also not be liable for prosecution.

Describing Defence Modernization and Upgradation as a national priority and of immediate requirement, the budget proposes exemption from the basic Customs duty on import of such defence equipment that are not being manufactured in India.

She also proposed to withdraw exemption from custom duty on certain electronic items which are now being manufactured in India. To encourage domestic publishing and printing industry, 5% custom duty will be imposed on imported books.

Further, the Budget proposes to increase Special Additional Excise duty and Road and Infrastructure cess each by one rupee a litre on petrol and diesel.  “Crude prices have softened from their highs. This gives me a room to review excise duty and cess on petrol,” the Finance Minister said. Sitharaman also announced an increase in custom duty on gold and other precious metals from 10% to 12.5%.

The Budget also proposes rationalization of export duty on raw and semi-finished leather to provide relief to the sector.

The Finance Minister proposed a few amendments to the Customs Act. She said, “Recent trends reveal that certain bogus entities are resorting to unfair practices to avail undue concessions and export incentives.”  She announced that misuse of duty-free scrips and drawback facility involving more than 50 Lakh rupees will be a cognizable and non-bailable offence.