Union Budget 2019: No change in income tax slab, but super-rich to pay more

For those earning less than Rs 2 crore per annum, there was no change in tax rates and the slabs also remained unchanged. 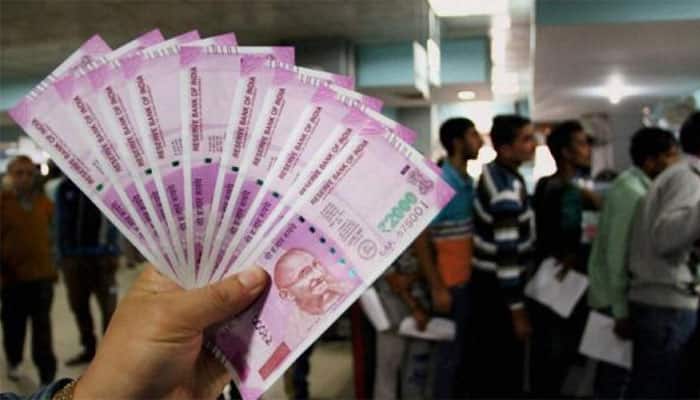 The Union Finance Minister started Part B of her speech by thanking taxpayers for their immense contribution towards building the country. For those earning less than Rs 2 crore per annum, there was no change in tax rates and the slabs also remained unchanged.

However, for individuals have a taxable annual income between Rs 2 crore and Rs 5 crore, the Finance Minister proposed to enhance the surcharge by 3 per cent. And for those earning more than Rs 5 crore per annum, the applicable surcharge has been proposed to be 7 per cent.

Nirmala Sitharaman’s maiden budget also proposed to levy a TDS of 2 per cent on cash withdrawals worth Rs 1 crore and more annually from a bank account.

To ease the burden on the middle class, the Finance Minister announced an addition deduction of Rs 1.5 lakh on interest paid on home loans up to Rs 45 lakh till March 2020.

Apart from this, additional income tax deduction of Rs 1.5 lakh was also proposed on loans taken to buy electric vehicles. According to the Finance Minister, the move leads to a benefit of Rs 2.5 lakh crore over the tax period of the loan for the loan payer.

Another important announcement concerning tax payers was the interchangeability of Aadhaar and PAN. The Finance Minister proposed to make Aadhaar and PAN interchangeable, which means that a taxpayer who does not have PAN can used Aadhaar to file Income Tax Return.

She said, “More than 120 crore Indians now have Aadhar card. Therefore for ease of taxpayers, I propose to make PAN card and Aadhaar card interchangeable and allow those who don't have PAN to file returns by simply quoting Aadhaar number and use it wherever they require to use PAN.”