Union Budget 2019: Who said what on Nirmala Sitharaman’s maiden budget

While members of the government and the BJP showered praises on the budget, members of the opposition expectedly criticised Nirmala Sitharaman’s budget speech. 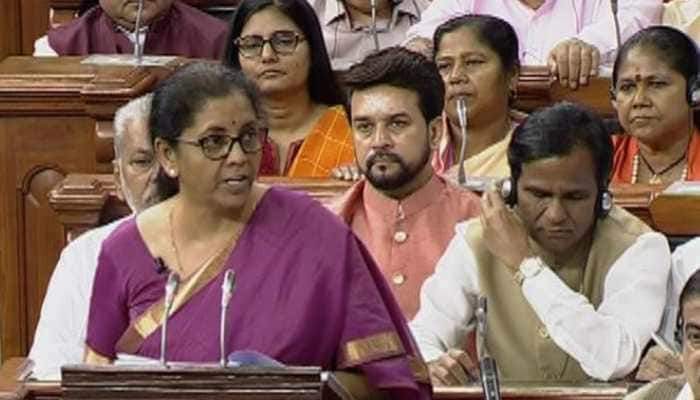 Finance Minister Nirmala Sitharaman on Friday presented the Union Budget 2019. At the onset of her maiden budget speech, the country’s first woman Finance Minister said that the government’s aim was to empower citizens and work towards the creation of New India.

Though the finance minister did not make any changes in the tax rates and slab for the middle class, she had a message for the super-rich that they would have to pay more if they earn more.

While members of the government and the Bharatiya Janata Party (BJP) showered praises on the budget, members of the opposition expectedly criticised Nirmala Sitharaman’s budget speech.

Here’s a look at who said what:

# This is the Budget to set the country towards path of prosperity and empower the poor. This is also the Budget to ensure a better future for the youth…it is a budget of hope and expectation – Prime Minister Narendra Modi.

# The Budget presented by FM @nsitharaman is a futuristic one. It provides a coherent roadmap for sectors that will drive growth and innovation among our citizens. The emphasis on clean energy and cashless transactions are also steps in the right direction. – Home Minister Amit Shah.

# Heartiest Congratulations to Prime Minister and Finance Minister. This Budget will substantially contribute towards an unprecedented development of India particularly the empowerment of women and self employment of our youth - Former External Affairs Minister Sushma Swaraj.

# Union Budget 2019 is very path breaking. It's a very comprehensive budget. We're particularly delighted as Finance Min has acknowledged role of Niti. But more important is the road map that she has set for laying down a vision for $5 trillion economy - Niti Aayog CEO Amitabh Kant.