Bigg Boss 14 couple Jasmin Bhasin and Aly Goni's song Tera Suit has hit 100 million views on YouTube and fans are on cloud nine over the news. 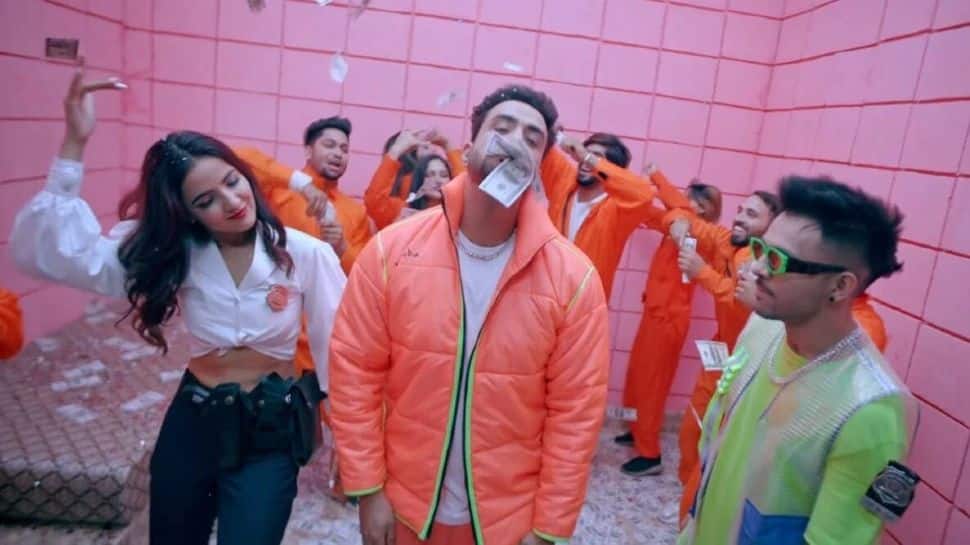 New Delhi: Punjabi singer Tony Kakkar's music video for 'Tera Suit' has reached a whopping 100 million on YouTube and fans can't keep calm! The peppy music video starring Bigg Boss 14 couple Aly Goni and Jasmin Bhasin had enamoured fans when it first released on March 8 and is still working its magic as it reached 100 million views on the video-sharing site.

An elated Aly took to Instagram to share the good news with his fans and thanked them for making the song so popular and widely viewed. He wrote in the caption, "100 million it is, thank u so much everyone #jasly #alygoni"

Fans also took to social media to celebrate the commendable milestone and congratulated Jasmin and Aly or 'Jasly' on their big moment.

Have a look at how fans celebrated Tera Suit's success:

Thank you for appreciating our JasLy..!!

One fan even posted an old video of Jasmin asking fans to take the music video to 100 million views and tagged Jasmin to show her how her wish came true!

Yes..true we all r happy how both (#Jasly) r ruling in industry and in our hearts too #TeraSuit
TERA SUIT FT JASLY HITS 100M

Another fan recalled a statement made by TV actor Aly Goni in which he mentioned doubts on getting work after his time in the Bigg Boss 14 house and congratulated Aly on his career taking off!

On March 8, 2021, Bigg Boss 14 contestants Aly Goni and Jasmin Bhasin blew away fans after they released a music video track 'Tera Suit' featuring him and his ladylove. The song ‘Tera Suit’, was sung by Tony Kakkar and had gone when it was first released.

In fact, fans still find themselves vibing to its catchy beats!

The lovebirds Jasmin and Aly began their romantic relationship during their time in the Bigg Boss 14 house. They were best friends before the show but they saw a change in their dynamic on the show. The duo was often spotted discussing the possibility of love with each other and taking things forward. In fact, after the show concluded, Aly, in an interview with an entertainment portal stated, that he would take all possible steps and would go any far to convince Jasmin's parents for their marriage.

TV actress Jasmin Bhasin is best known for portraying her roles in 'Tashan-e-Ishq' and 'Teni in Dil Se Dil Tak'. On the other hand, Aly Goni has appeared in the shows 'Kuch Toh Hai Tere Mere Darmiyaan' and  'Yeh Hai Mohabbatein'.