Aly Goni and Jasmin Bhasin's music video titled 'Tera Suit' is out now. The song is sung and written by Tony Kakkar and is already ruling the chartbusters. Recently, the former Bigg Boss 14 contestant shared a funny BTS clip from the shoot featuring him and Jasmin. The video has left his fans in splits. 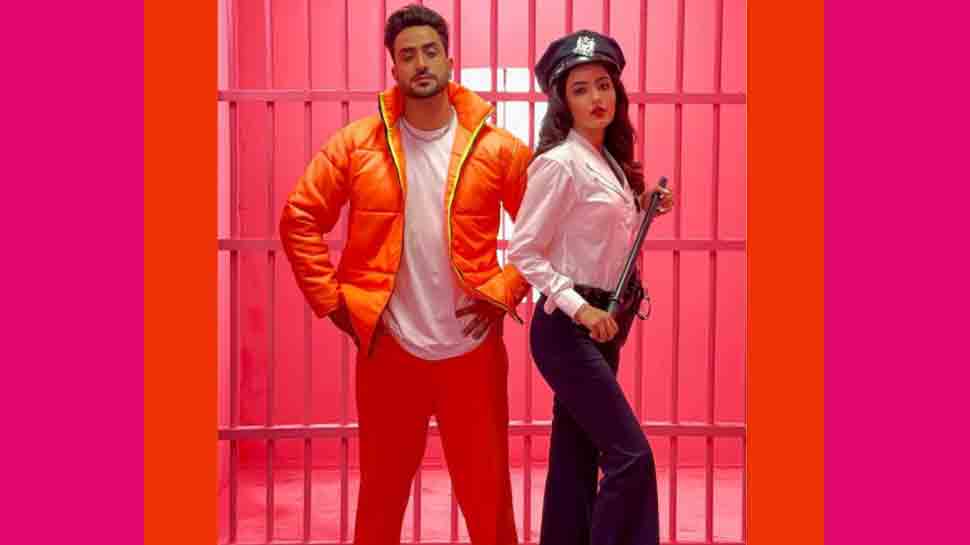 NEW DELHI: Bigg Boss 14 contestant and actor Aly Goni blew away fans after he released a music video track 'Tera Suit' featuring him and his ladylove Jasmin Bhasin. The song ‘Tera Suit’, sung by Tony Kakkar, has gone viral since its release and fans are vibing to its catchy beats.

Aly Goni, who has been sharing all the love-filled messages and texts he has been receiving from all corners from his fans over 'Tera Suit' music video, recently took to Instagram to post a funny BTS clip from the song shoot. The clip shows Aly being hilariously forced to do sit-ups by Jasmin and Tony. The video is has been shot in the same bubblegum-pink coloured set.

The goofy video, which has so far received over 2.30 lakh Likes, shows Aly singing the lyrics of the song to a girl on the phone. However, the 'Yeh Hai Mohabbatein' star gets caught by Jasmin and Tony Kakkar, who then punishes the actor, making him do sit-ups for flirting with someone on phone. All this while Tony is seen dancing around and laughing at Aly. The video has Here’s the video:

The video has been receiving love from JasLy fans and has given them another reason to rejoice. "Can't wait for your future projects together and individually," wrote a user. "Yea humari jas hain usse kuch chupa nahi payoge love it," wrote another.

Aly Goni, who entered Bigg Boss 14 as support to Jasmin, after her breakdown in the show in initial weeks. Jasmin and Aly, who have been best friends since before their Bigg Boss 14 stint, saw a change in their dynamic on the show. The duo was often spotted discussing the possibility of love with each other and taking things forward. In fact, after the show concluded, Aly, in an interview with an entertainment portal stated, that he would take all possible steps and would go any far to convince Jasmin's parents for their marriage.

The rumoured couple, who is yet to open up on their relationship, immediately left for Aly's hometown in Jammu to spend few days with his family members.