'Naagin' actress Jasmin Bhasin, who was one of the most popular contestants on Bigg Boss 14, dropped a comment Rubina Dilaik and Abhinav Shukla shared a recreated version of Tony Kakkar's ‘Tera Suit’ video. Her post on Rubina's wall has raised speculation if she has buried all the hatchets with Rubina and moved past their rift. 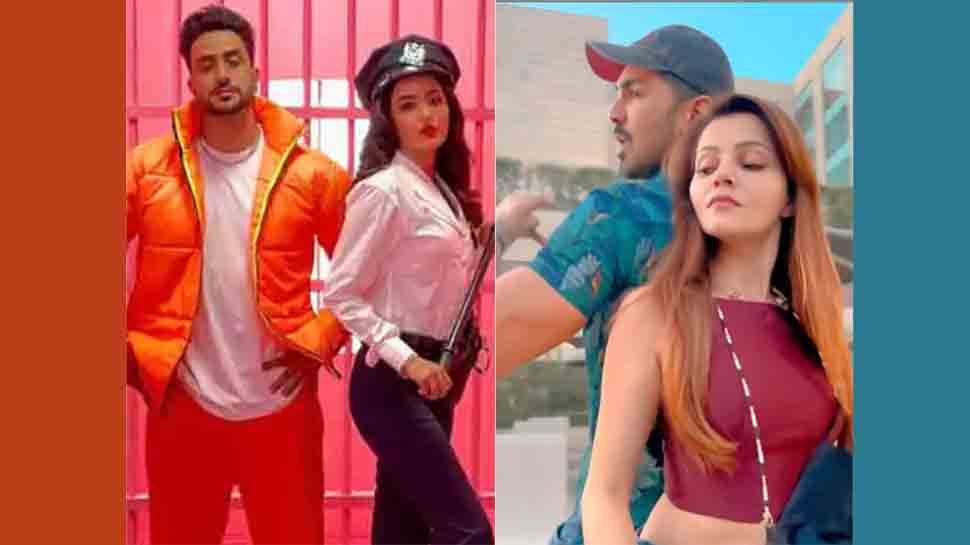 NEW DELHI: Television actress Jasmin Bhasin’s recent comment on 'Bigg Boss 14' winner Rubina’s Dilaik’s video has left fans wondering if their feud is finally over. Jasmin and Rubina, who were neighbours, had a strong friendship inside the house. The ladies were staying together and often making sacrifices for each other. However, over the course of time and owing to certain events, their close bond turned sour, with Jasmin even making claims that Rubina has a 'superiority complex'. Things never remained the same between the two actresses until the show continued.

Later, on several occasions, Rubina was seen making attempts to mend ways with Jasmin on the show, however, it appeared that the 'Dil Se Dil Tak' actress was in no mood to give in. In fact, during her entry as Aly's connection on the show, she was seen advising him to cut all ties with Rubina and play a solo game.

A month after the show ended, it appears their relationship may be mending or at least they are making attempts to end all animosity. Last week, Jasmin Bhasin and her boyfriend Aly Goni starred in Tony Kakkar’s new music video 'Tera Suit', which went viral on the internet among fans. Giving them a shout-out, Rubina took to Instagram and released a short video on the same song - ‘Tera Suit’, in which she was seen matching dance steps with him while the latter tried hard to get on his dancing feet. The fun recreation of the music video was showered with compliments by fans and friends. Moreover, their followers complimented both Rubina and Abhinav for showing their generous side and cheering for their Bigg Boss 14 mates Jasmin and Aly. 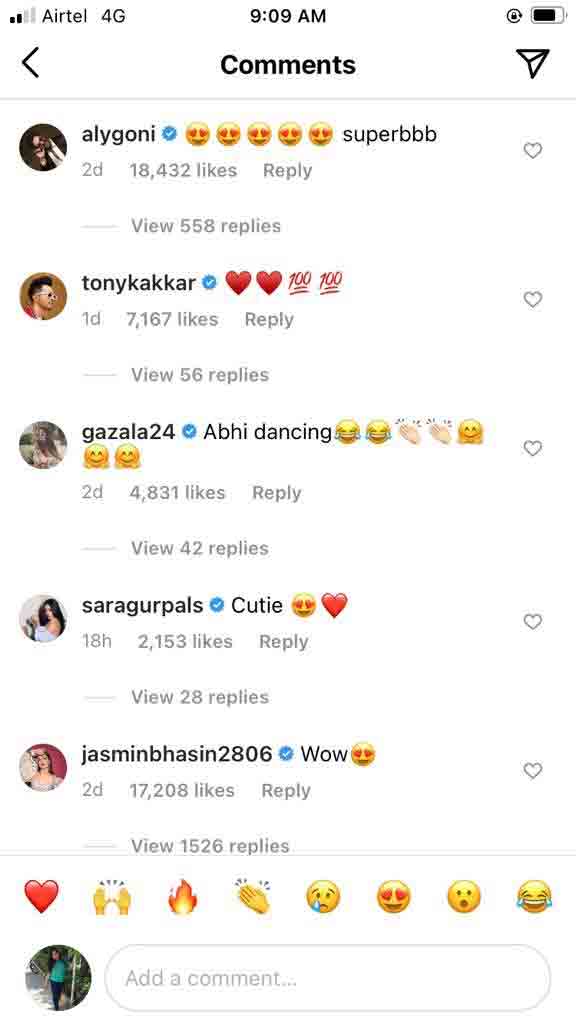 But among all the supportive comments, Jasmin's words 'Wow' with a heart-eye emoji were the most surprising, taking into account the two TV actresses' tumultuous relationship. It led fans to think that Jasmin and Rubina were on the path to reconciliation.

It is to be noted that after Jasmin and Aly's collaboration with singer Tony Kakkar, lovebirds Rubina Dilaik and Abhinav Shukla are all set to star in Tony Kakkar's sister Neha Kakkar's music video 'Marjaneya'. The video will be released on March 18. Rubina is also working on another video song with former Bigg Boss contestant Paras Chhabra.

Rubina, who won the reality show Bigg Boss 14, took home the trophy and Rs 36 lakh as prize money. The 33-year-old is best known for her roles in TV soaps 'Chotti Bahu' and 'Shakti - Astitva Ke Ehsaas K'. She is married to actor Abhinav Shukla, who was also a contestant in 'Bigg Boss 14'.