After global star Priyanka Chopra made a remarkable appearance at the Wimbledon Women's Singles finals 2021, Twitter is abuzz with discussions on if the actress deliberately ignored the presence of the Duke and Duchess of Cambridge, Prince William and Kate Middleton. 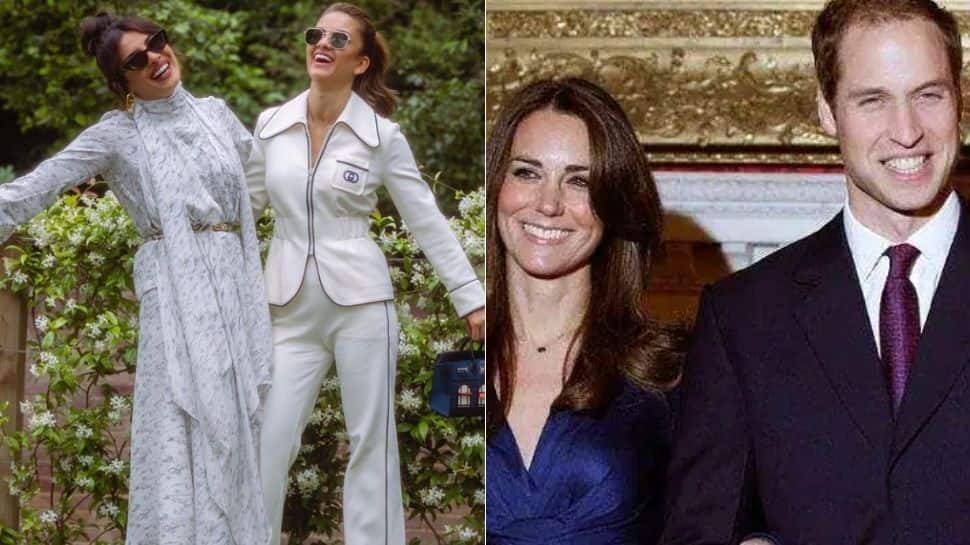 New Delhi: After global star Priyanka Chopra made a remarkable appearance at the Wimbledon Women's Singles finals 2021 between Ashleigh Barty and Karolina Pliskova, Twitter is abuzz with discussions on if the actress deliberately ignored the presence of the Duke and Duchess of Cambridge, Prince William and Kate Middleton. According to a few Twitter users, the actress seemingly snubbed the royal couple as in a viral video she's seen adjusting her dress instead of acknowledging the arrival of the Royal couple.

it's Priyanka Chopra not applauding to the Prince's arrival for me pic.twitter.com/ZFDvw11F11

Also remember when Priyanka Chopra made Wendy realise Meghan Markle is so much more than just Prince Harry's girlfriend. She is truly a feminist, a women's women and we love to see it. pic.twitter.com/JJSas9WJBA

Priyanka had attended the sports event in a Gucci ensemble, a white turtle neck gown with a chic leather belt. She had paired her outfit with a space grey mask and some stylish jewellery. She was seated in the Royal Box along with Natasha Poonawalla.

Certain users also posted that the 'Barfi!' actress refused to look at the couple even after they settled down on their seats. Many lauded her for subbing the royal couple and interpreted the incident as a gesture of support to her good friend Megan Markle. Others didn't see it to be a major move and pointed out that many other people had also refrained from clapping for the Royal couple.

I don't get it. Many of them aren't clapping. In fact the entire row and the row infront

There was quite a few that didn't applaud by the looks of it!!

Most of the people there were not impressed when Kate and William walked in. Some didn’t even look up.

Stationed in London now, she seems to be enjoying her time there. Recently, she floored fans with stunning clicks of her in a chic outfit, flaunting her Fendi bag from their newest collection on Instagram. Last week, the stunning actress had taken to her Instagram to share pictures of her all-white boss lady ensemble and glimpses of her exploring the beautiful city with her friends.

The global star will be seen in spy thriller series ‘Citadel’, rom-com ‘Text For You’ and ‘Matrix 4’. Priyanka will also feature in an Indian wedding comedy, which she co-produces with Mindy Kaling.