On Karan Johar's film Ungli's 7th anniversary, Dharma Productions tweeted a poster of the film but excluded lead actress Kangana Ranaut from it. 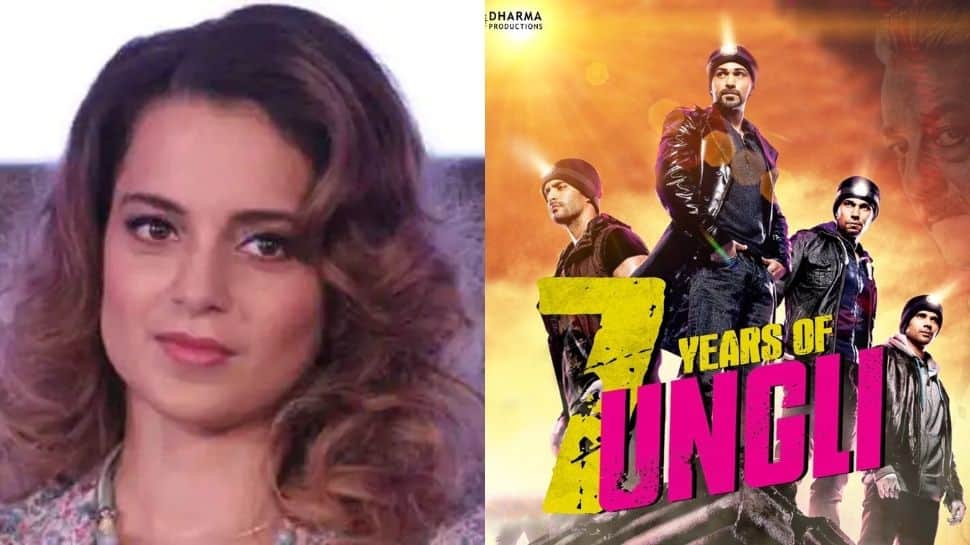 While all the other actors Emraan Hashmi,  Angad Bedi, Randeep Hooda, Neil Bhoopalam and Sanjay Dutt were intact as they were in the original poster, Kangana who is known to have a public rivalry with Karan Johar vanished from the edited movie poster.

In the original poster, Kangana was standing between Emraan Hashmi and Angad Bedi, but in the new poster, the two were brought closer filling in the gap that Kangana had once occupied.

Netizens were in total disapproval of the sly move and accused Kara Johar of acting petty and immature. While one user wrote, "Wow! I mean, she was talkiyabout coexistence and KJo believes in monopoly and reaistance! What a shame?", another said, "Why the Kangana hatred is so much that it is reflecting in your professionalism?"

Kangana Ranaut's bitter-sour relationship with director Karan Johar has been in the public eye for quite some time now.

The actress, who has been a guest on Karan Johar's 'Koffee With Karan', first made headlines when she called the director as the 'flag bearer of nepotism' in the fifth season of the show, where she was a guest alongside her Rangoon co-stars actors Saif Ali Khan and Shahid Kapoor.

Since then, the ‘Dhaakad’ actress has called out Karan Johar innumerable times on nepotism.

Meanwhile, on the work front, the actor will be seen in 'Manikarnika Returns: The Legend Of Didda', 'Emergency', 'Dhaakad', 'Tejas', and 'The Incarnation: Sita'.