The PIL said that the movie ‘31st October’, starring Soha Ali Khan and Vir Das, is an attack on secular fabric of India and is contrary to the ideology of the country's oldest political party. 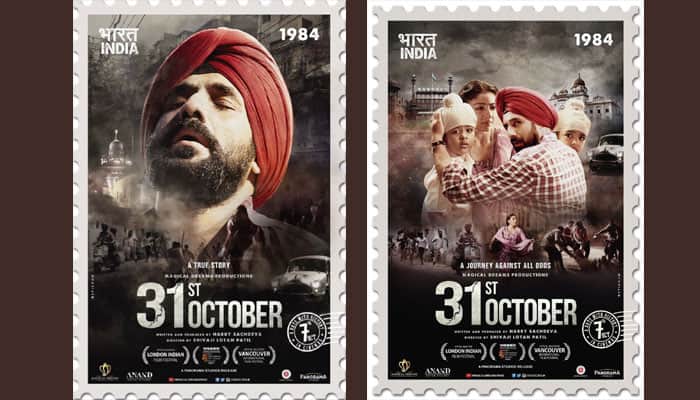 New Delhi: A petition was filed in the Delhi High Court on Tuesday to stop the release of a Hindi film based on the aftermath of the assassination of Prime Minister Indira Gandhi, which led to the 1984 anti-Sikh riots.

The PIL said that the movie ‘31st October’, starring Soha Ali Khan and Vir Das, is an attack on secular fabric of India and is contrary to the ideology of the country's oldest political party.

"From whatever little is shown on trailers, it is clear that action and words used by the characters are of offending nature, they have all ingredients to tarnish the reputation of such persons. Apart from the fact that same can't stand the test of fair comment or that of social interest, they appear to be provocative," said the plea.

The plea filed by Ajay Katara also sought direction to delete some offensive scenes before the release, saying there were various scenes in the movie which are aimed and targeted against a political figure of the country.

The petitioner has however not named any leader in the petition.

The movie's producer Magical Dreams Production Pvt Ltd has used a look-alike of the unnamed political figure who has been painted in a bad light, the plea said. It added that movie has transgressed the right of expression, in as much as a particular person has been targeted so as to invite contempt and hatred against him.

A love story for Akshay Kumar in toilet? Details inside