Deaths due to air pollution highest in Rajasthan: Experts

Pointing to measures to curb the pollution, Jaipur Mayor Vishnu Lata said, "We have decided to plant 50,000 trees and run electric buses in the city to arrest the rising level of pollution. 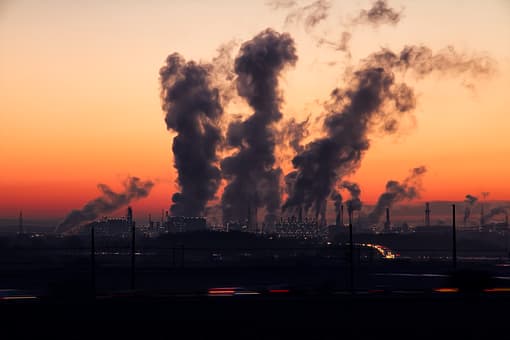 Jaipur: Rajasthan tops the list when it comes to deaths due to air pollution, according to Virendra Singh, Director, Asthma Bhawan.

Quoting the 2018 Lancet Planet Health report, Singh said at the launch of 'Doctors for Clean Air-Rajasthan Chapter' in Jaipur, the death rate in the state due to air pollution was 112.5 per one lakh population. It was the highest in India, he added.

Uttar Pradesh followed Rajasthan with 111.1 death per lakh due to pollution.

Expressing concern, he said Rajasthan also topped the list of deaths due to chronic obstructive pulmonary disease (COPD). Asthma deaths are reported to be 24 per one lakh population in the state.

Addressing the event, Arvind Kumar, founder and managing trustee of Delhi-based Lung Care Foundation, said rising pollution was a national emergency. "Air pollution is like a silent killer. It has been claiming 4.2 crore lives in the world each year. It's the biggest challenge", he said.

"During surgeries in Delhi, I mostly see black lungs. The original pink lungs are just no more in Delhi. Even kids have black spots in their lungs," Kumar said. Due to pollution there were no non-smokers in the country now, he said and added, 50 per cent of lung cancer patients were found to be non-smokers.

Stressing the gravity of the situation, Karan Singh Yadav, former MP, said even children were inhaling smoke equal to 10 cigarettes a day.

Pointing to measures to curb the pollution, Jaipur Mayor Vishnu Lata said, "We have decided to plant 50,000 trees and run electric buses in the city to arrest the rising level of pollution."

UP government to plant 22 crore saplings on August 9