As per the report, North Atlantic coral populations face this threat and scientists have warned that changing winter weather conditions may upset fragile marine ecosystems. 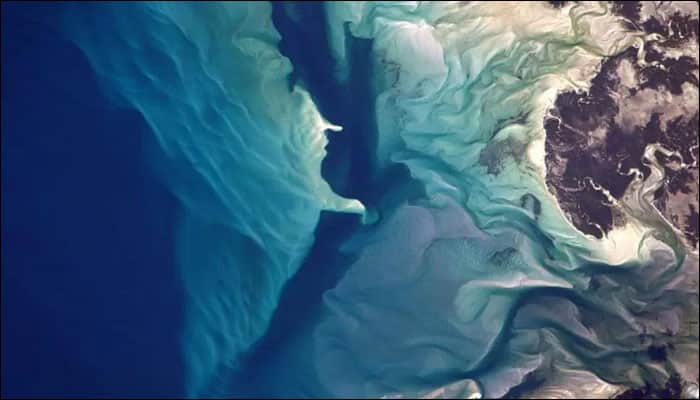 New Delhi: As per a new study, deep sea corals which support a variety of sea life are facing immense threat from climate change and global warming, reveals a study.

As per the report, North Atlantic coral populations face this threat and scientists have warned that changing winter weather conditions may upset fragile marine ecosystems.

Corals allow diverse forms of marine life to thrive by building reef structures that provide protection from predators and safe spaces to reproduce.

Researchers from the University of Edinburgh in the UK, focused on a species of cold-water coral - known as Lophelia pertusa - which grows in deep waters, creating elaborate reefs that are hotspots of biodiversity.

These populations are maintained by tiny, fragile coral larvae that drift and swim on ocean currents, travelling hundreds of miles between reefs where they attach and begin to grow.

Researchers used computer models to simulate the migration of larvae across vast stretches of ocean.

They did so to predict the effect weather changes could have on the long-term survival of Lophelia pertusa populations in the North Atlantic.

They found that a shift in average winter conditions in Western Europe - one of the predicted impacts of climate change - could threaten coral populations.

The team found Scotland's network of Marine Protected Areas (MPAs) appears to be weakly connected, making it vulnerable to the effects of climate change.

A coral population on Rosemary Bank seamount, an undersea mountain off Scotland's west coast, is key to maintaining the network.

Corals also thrive on oil and gas platforms in the North Sea and west of Shetland, which may help to bridge a gap in the MPA network between populations in the Atlantic and along the coast of Norway, said researchers.

"We can not track larvae in the ocean, but what we know about their behaviour allows us to simulate their epic journeys, predicting which populations are connected and which are isolated," said Alan Fox, from the University of Edinburgh.

"Scotland's seabed plays a unique role as a stepping stone for deep-sea Atlantic species," said Murray Roberts from the University of Edinburgh.

Efficient use of sunlight can better crop yields