The UAE face India and Bahrain play Thailand in the second round of group matches on January 10. 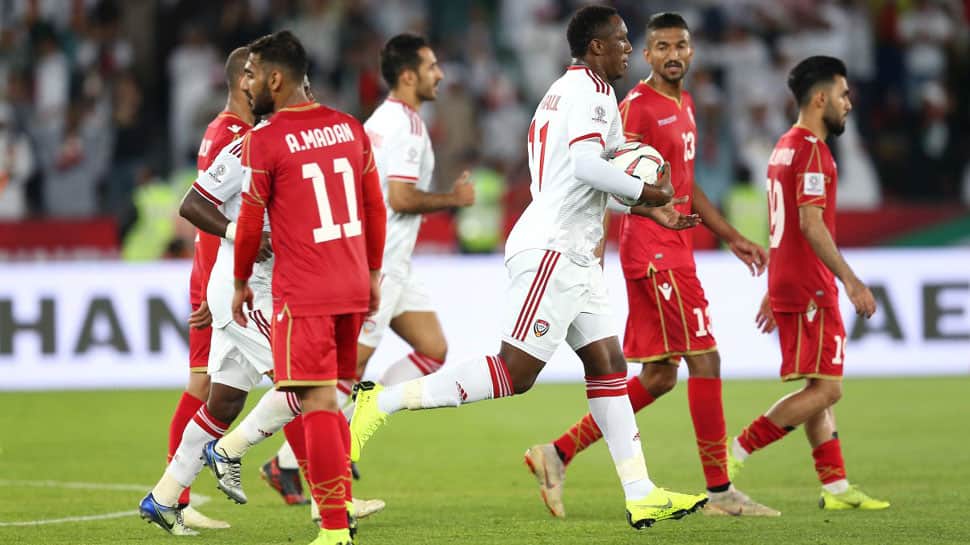 United Arab Emirates` Ahmed Khalil scored a penalty two minutes from fulltime to spare their blushes as the hosts secured a fortuitous 1-1 draw with Bahrain in the opening game of the 2019 Asian Cup at the Zayed Sports City Stadium on Saturday.

Khalil smashed home his spot kick after Mohamed Marhoon was judged to have handled the ball inside the penalty area, cancelling out Mohamed Al Romaihi`s 78th-minute opener for Bahrain in the Group A meeting.

The late goal spared the host nation the indignity of losing to a side 34 places below them in the FIFA rankings but it will have done little to ease the pressure on coach Alberto Zaccheroni, who has come in for criticism throughout his time in charge of the UAE.

"The performance in the first half was aggressive and I thank the players for fighting, but I told them what matters is to evolve our performances from one game to the next," said Zaccheroni.

"We will correct all the mistakes and learn lessons from them for the next game against India and hopefully the performance will be better," he added.

The Italian, who won the Asian title in 2011 when he was in charge of Japan, fielded a side on Saturday that lacked cohesion and composure in front of goal, with striker Ali Mabkhout missing several chances to put his side in front.

Ismail Al Hammadi almost gave Zaccheroni`s side the perfect start after seven minutes when he was sent racing in on goal by Mabkhout, only for Bahrain goalkeeper Sayed Shubbar to deny the winger.

Mabkhout pulled an effort across the face of goal while later in the half he skied a half-volley well over the bar.

Bahrain gradually pulled themselves into contention with Al Romaihi threatening in attack while Komail Al Aswad was inches away from giving Miroslav Soukup`s side the lead when his free kick just cleared the crossbar on the stroke of halftime.

Al Romaihi had given the home defence trouble throughout the match with his height and physical presence and it came as no surprise that it was the front man who put Bahrain ahead, scoring at the second attempt after indecision in the UAE defence.

Soukup`s side looked set to take all three points but the referee pointed to the spot when the ball brushed Marhoon`s hand and Khalil scored to rescue his team.

The UAE face India and Bahrain play Thailand in the second round of group matches on January 10.