The Iranians will return to the same stadium on Thursday to meet China in the Asian Cup quarter-finals. 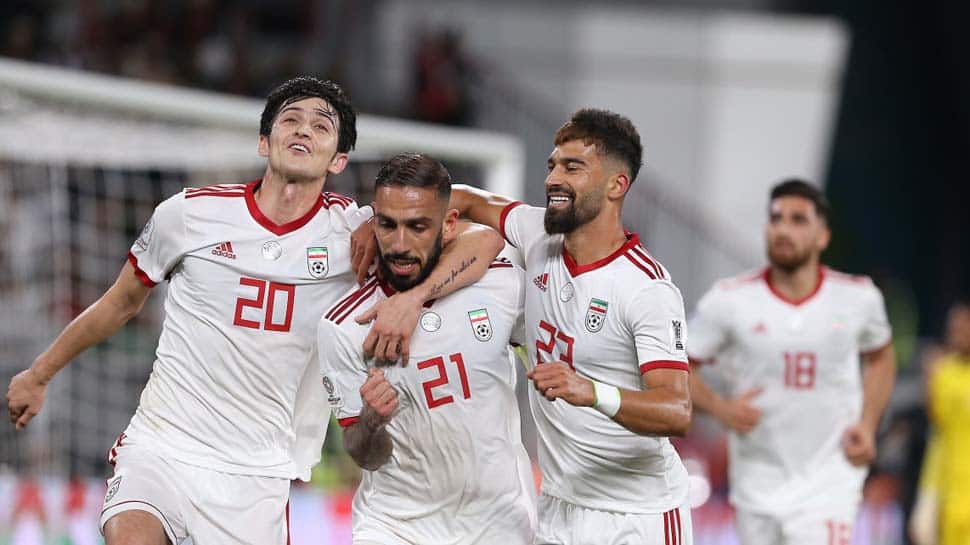 Three-times champions Iran came through an early scare before marching confidently into the AFCAsian Cup quarter-finals for the 13th time in 14 attempts with a 2-0 victory over a spirited Oman team on Sunday.

Iran goalkeeper Alireza Beiranvand saved an Oman penalty in the opening minute but a goal from winger Alireza Jahanbakhsh and a successful spot-kick from captain Ashkan Dejagah put them firmly in control at halftime.

The Iranians were unable to add any more goals in the second half but there was never any real doubt they would return to the same stadium on Thursday to meet Marcello Lippi's China, 2-1 winners over Thailand in Al Ain earlier on Sunday.

"It started with an unusual situation and a great save (but) we controlled the whole game and we could have stopped it earlier with a third or fourth goal," said coach Carlos Queiroz.

He added, "We can't miss those kind of chances. We need to play with a killer instinct, we need to put those opportunities in the net."

Oman, in the knockout stages of the Asian Cup for the first time and roared on by a large part of the 32,000 crowd, never flagged and will forever ponder what might have been had Ahmed Mubarak converted the early penalty.

Striker Muhsen Al-Ghassani, Oman's best player, was hauled down by centre back Majid Hosseini but Beiranvand dived low to his right to deny the Oman skipper, just as he had Portugal captain Cristiano Ronaldo at last year`s World Cup.

The quality of Iran's forward line was always going to cause Oman problems and Sardar Azmoun had the first of many shots at goal as early as the fourth minute.

Jahanbakhsh was soon causing the Oman defence problems down the right flank but it was from a more central position that he opened the scoring in the 32nd minute, pouncing on a defensive error and poking the ball into the net.

Dejagah doubled the lead five minutes before the break after Mehdi Taremi had been bundled over in the box but Al-Ghassani quickly gave a reminder that Oman were not done with a powerful shot that Beiranvand tipped over the bar.

Oman coach Pim Verbeek switched to a 4-4-2 formation at the break to chase the game but that opened up more space at the back and only the profligacy of the Iran forwards kept the lead at two goals.

Taremi and Azmoun vied for the title of the worst offender but the Iran defence, yet to concede a goal in four matches, ensured Team Melli remained on track to end the 43-year drought since their last continental title in 1976.

"The penalty would have helped (but) we tried everything possible to score a goal and Iran kept us under control," said Verbeek, adding that he would be staying on as coach of Oman.