Victory means Alberto Zaccheroni's side will move on to a potentially politically sensitive semi-final against Qatar, who earlier stunned South Korea 1-0. 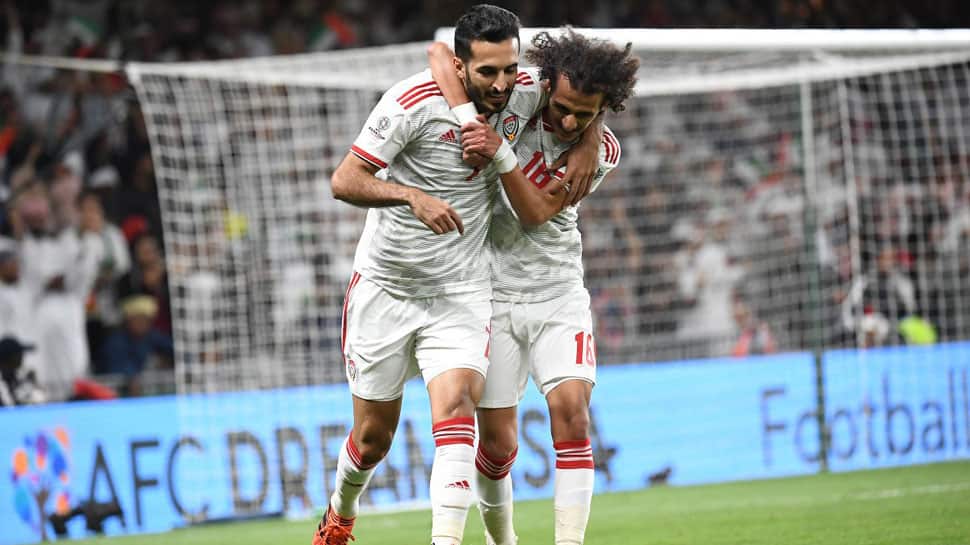 Defending champions Australia crashed out of the Asian Cup on Friday when a contentious Ali Mabkhout goal earned hosts the United Arab Emirates a 1-0 victory and a semi-final meeting with Qatar next week.

Mabkhout struck midway through the second half after Milos Degenek under-hit a pass back to Mat Ryan, and the Al Jazira man swooped to round the goalkeeper and slot the ball into an empty net for his ninth goal in two Asian Cups.

The Australians complained Degenek had been fouled prior to giving away possession by Mohammed Abdulrahman, but Japanese referee Ryuji Sato waved away the protests and the goal stood.

Victory means Alberto Zaccheroni's side will move on to a potentially politically sensitive semi-final against their Arabian Gulf neighbours, who earlier stunned South Korea 1-0.

Saudi Arabia, the UAE, Bahrain and Egypt launched a diplomatic and trade boycott of Qatar in June 2017. The countries accuse Qatar of supporting terrorism, which it denies.

The UAE`s progress was vindication of Zaccheroni`s decision to make five changes from the side that edged Kyrgyzstan in the previous round, with veteran striker Ismaeil Mattar making his first start of the tournament.

The home side who looked comfortable despite the changes and within a minute of kickoff almost took the lead. Ismail Al Hammadi flew through the Australian defence, but Ryan was equal to his goal-bound effort.

Al Hammadi threatened again 19 minutes later, with Ryan called into action again after the winger had stepped inside Australia`s backline.

The Socceroos threatened, too, in an open and entertaining first half. Trent Sainsbury looped an early header over the bar and Apostolos Giannou forced a save from Khalid Essa five minutes before the break.

Mabkhout, though, should have scored in the dying seconds of the half, only for his close range header to fizz over the crossbar. He made amends after halftime when he capitalised on Degenek`s poor pass to give his side the lead.

Australia coach Graham Arnold threw on strikers Awer Mabil and Andrew Nabbout in a last-ditch attempt to take the game into extra time. However, the UAE held firm to avenge their loss to the Socceroos in the semi-finals four years ago in Australia.