Borussia Dortmund impressed by the growth of ISL and Indian football 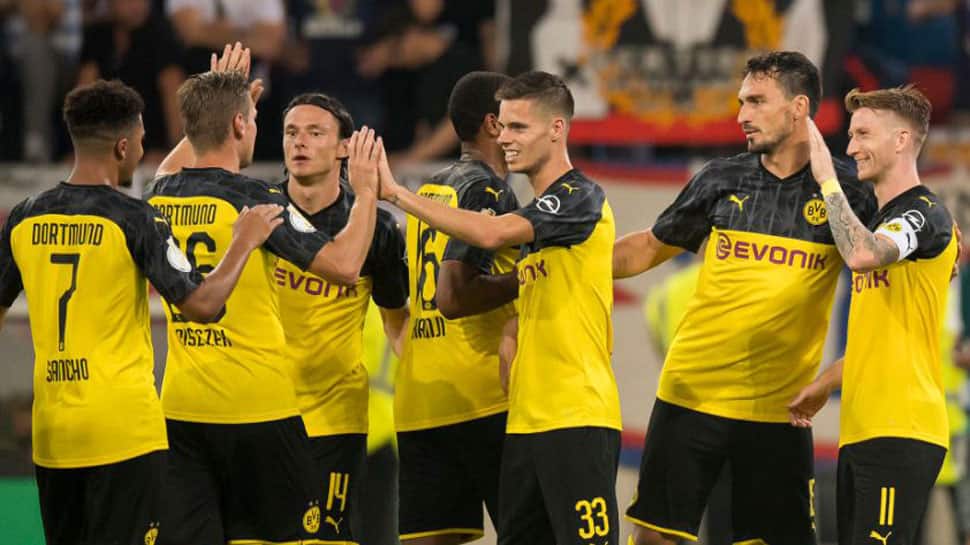 Dortmund is planning to play Dortmund legends team's exhibition football matches in India which can be held latest by next year.

"Legends game is something that we are planning. It is the target to be present with the legend game latest by next year and then we have to discuss where to go," club managing director Carsten Cramer said.

As for the Indian market, he said: "At the moment, we are very ambitious. We would try to reach as many people as possible in India. The crowd needs to be there. It doesn't make sense to play in a small stadium with 3-4,000 people. We want to see the craziness of people in India. So, this has to be well prepared and it will take some time."

When asked about if Dortmund is in talks with any of the Indian clubs, Cramer said: "Yes, I myself visited two clubs. I don't want to talk about things which are not signed yet."

"Our business is not done by rumours. It has to be done by facts. So, I wouldn't bring more rumours on the table. But yes, we are talking to clubs and will make a decision about taking the right approach."

He also made it clear that they will not invest in any of the Indian clubs. "This is something for sure. We are not looking for investors and we will also not become investors," he pointed.

The club has already announced that their first team will travel to Asia next season for pre-season games and India is likely to be one of the destinations.

"India is an interesting market. The ISL is well established and the attendance is growing," said Cramer.

"We will try to reach the kids who are interested in playing football. Collaborations with schools, public institutions, try to send coaches from Dortmund to some areas where we might collaborate with, ask the broadcaster in India to extend the publication of Bundesliga games."

"So, it's a list of different measures, each of the measures are very small but many of them can have some impact in the relation to the Indian people. And maybe as a highlight then -- but this will take some years -- the visit of our team," he added.