Dortmund have been eliminated from the German Cup lost to Tottenham Hotspur in their Champions League last 16 tie, making it five games in all competitions without a win. 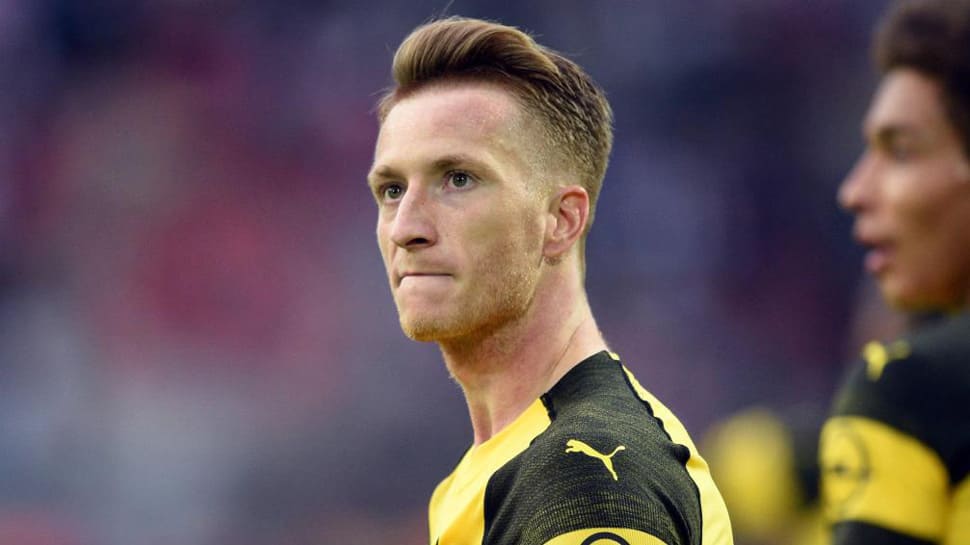 Bundesliga leaders Borussia Dortmund, are hoping captain Marco Reus will be fit for Sunday's match against in-form Bayer Leverkusen as they look to reignite their stalled title run.

The Ruhr valley club, have seen a seven-point lead over champions Bayern Munich cut to three after three consecutive draws.

They have also been eliminated from the German Cup and lost 0-3 to Tottenham Hotspur in the first leg of their Champions League last 16 tie, making it five games in all competitions without a win.

Dortmund CEO Hans-Joachim Watzke said his club were not concerned about Bayern Munich, despite the champions looming large in the rear view mirror.

"They have not been an issue for us and they will not become one. We are working on our things, to reduce mistakes and to work with this young team that currently has to make do without Reus, (Manuel) Akanji and Lukasz Piszczek," Watzke said.

Reus has been out injured since their February 5 German Cup exit to Werder Bremen, after scoring 13 goals and setting up another six in the Bundesliga.

He has been training alone as he recovers from a thigh muscle injury, but could still be a surprise addition to the squad on Sunday.

His return cannot come quickly enough for Dortmund, who toiled to a goalless draw at bottom club Nuremberg on Tuesday and showed little of the attacking spirit that has put them in the Bundesliga driving seat.

Dortmund are also missing fullback Piszczek but fellow defender Akanji, sidelined for two months with a hip injury, could return and help plug a leaking defence that will be tested by one of the most lethal attacks in the league at the moment.

Teenager Havertz has scored three times in their first five league games of the year, while Brandt needed a game less to net three and set up another three.

Bosz will also be relishing his first trip back to Dortmund, where he was coach last season only to be sacked in December when his team imploded after a fine start to the campaign.

Dortmund are top on 51 points with Bayern, who host Hertha Berlin on Saturday, on 48.