Chennai have had an impeccable I-League season so far, winning 10 out of their 15 games. 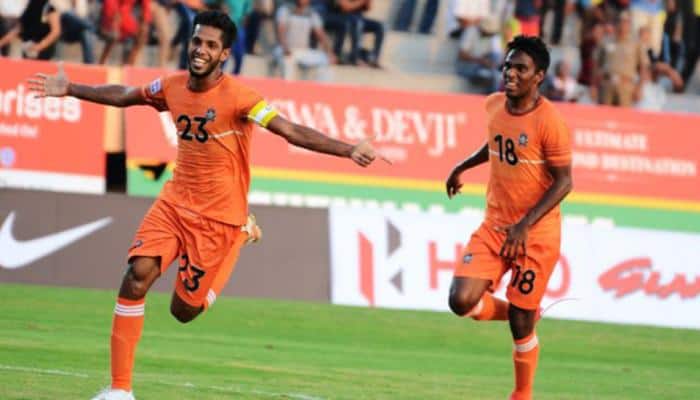 Chennai, which have had an impeccable season so far winning 10 out of their 15 games so far and losing only twice to debutants Real Kashmir FC, is atop the table with 33 points just a point ahead of Real Kashmir.

And come Monday, Chennai would begin the final push towards their maiden national league title in their short four year history.

The visitors can ill-afford to drop their guard, given the competitive nature of the league.

Neroca, which fell away a bit in their campaign in recent times, losing three of their last four games, are placed fifth with 25 points from 16 games and are still among at least three other chasing teams with a realistic shot at the coveted I-League crown.

"We will be playing tomorrow against Chennai not for the first position but for the best position. We will be playing at home and that is important and we will go all out and try to take the three points," Neroca's Spanish coach Manuel Fraile said on the eve of the match.

"It's an important match. I think Chencho will score again against Chennai City. If tomorrow Chennai make mistakes and we are in a good momentum and play our style, we might win although it's hard to play against Chennai."

Fraile was referring to 'Bhutanese Ronaldo' Chencho Gyeltshen, who recently joined the Neroca ranks on loan and scored in his first game for his new side, albeit in a losing cause against Quess East Bengal in the previous game.

Chennai City's Singaporean coach Akbar Nawas, who has remained grounded throughout the league, has acknowledged the short-comings in their previous game.

"We hope for a much more better and improved performance against Neroca. It's going to be a competitive match. We all know how Neroca can cause damage with their strikers. Neroca is known for pace and counters too, so we have to be prepared for this," he said.

Given the context and the desperation of Chennai to get a result, it is all set to be a cracker of a contest at the Khuman Lampak Stadium.