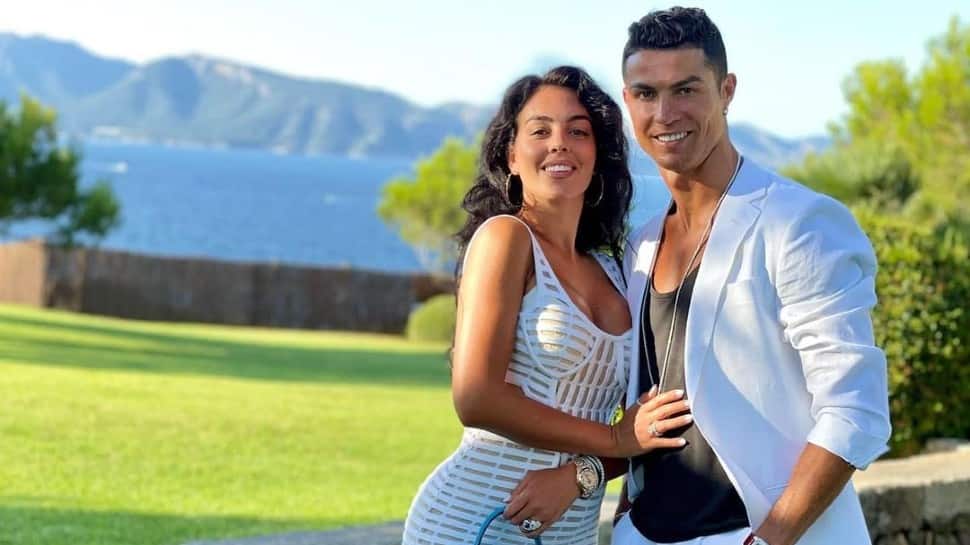 Portugal captain Cristiano Ronaldo is enjoying a much-deserved break with his supermodel girlfriend Georgina Rodriguez after the disappointment of failing to defend the UEFA Euro Championship title. Ronaldo still ended up with Golden Boot in the tournament for being the top scorer in the tournament although his side crashed out from the Round of 16.

Georgina put on a busty display in a white geometric print dress which showcased her cleavage and toned posterior. Her tresses were styled in soft waves while she sported a radiant palette of make-up.

Portugal captain Cristiano looked sharp in a white suit, worn over a black top. Georgina set pulses racing as she took to Instagram to post a very racy holiday snap in a thong bikini on Sunday.

The former retail worker put on a cheeky display as she sprawled across the deck of a yacht in the barely there swimwear.  The couple looked as happy as ever on holiday in picturesque Mallorca as they packed on the PDA at sea.

The Juventus player could not hide his delight in the stunning images and beamed a smile while looking at his love before laughing while they cuddled. Georgina and Cristiano had famously met while she was working as a retail assistant in Madrid, as they caught eyes across the rails in Gucci in 2016.

Last year, she admitted that the meeting with the Juventus star saw her ‘fall in love at first sight’. She claimed that the feeling was mutual following their encounter as she revealed in a recent interview with Italy's Elle magazine.