The 2-0 scoreline was enough to condemn bottom side Huddersfield to their 22nd defeat in 30 games this season, while Bournemouth remain 12th on 37 points. 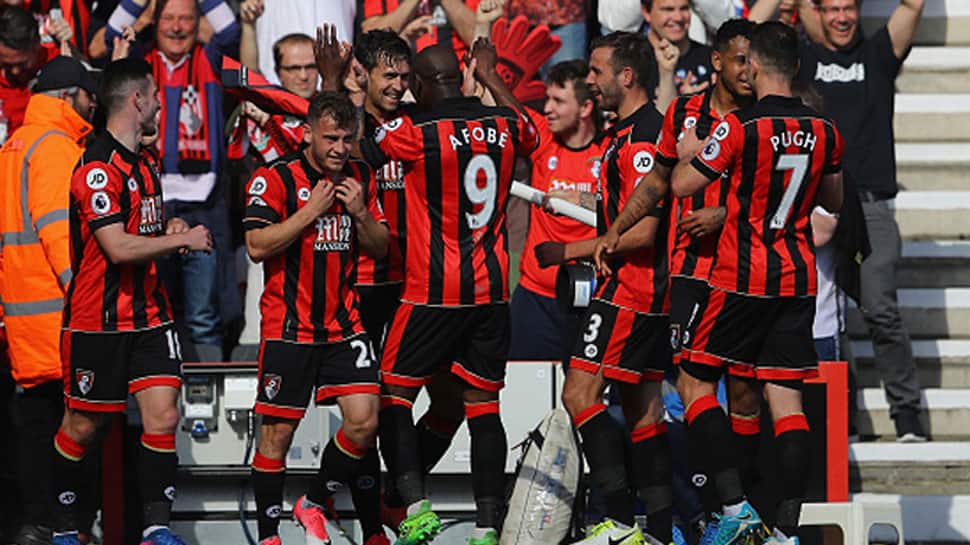 Striker Callum Wilson and winger Ryan Fraser notched a goal and an assist each as Bournemouth cruised to a 2-0 win at Huddersfield Town on Saturday, ending a run of four Premier League games without a win.

Wilson returned after six games out due to injury and opened the scoring in the 20th minute, meeting Fraser`s pinpoint cross from close range with his chest as England manager Gareth Southgate watched form the stands.

With just 15 goals scored so far this season, Huddersfield have the least potent attack in the Premier League, and though they had their fair share of possession, they once again struggled to create chances.

Wilson turned provider in the second half, latching on to a pass and turning the ball into the path of Fraser, who thumped it home first time.

"For anyone coming back from injury, you want to make an impact and it was nice to get a goal and an assist and three points for the team," Wilson said.

"I had two or three days training this week, and every day me and Ryan (Fraser) scored, linking up with each other, so it is good to get that partnership going again," he added.

Fraser was full of praise for the returning striker as the Bournemouth recorded their fourth away win of the campaign in 15 attempts.

"When you have players like that, they make everyone better in your team. He makes me better, he makes the lads better, and I think that if you`ve got a player like that in your team, you need him," Fraser said.

The 2-0 scoreline was enough to condemn bottom side Huddersfield to their 22nd defeat in 30 games this season, while Bournemouth remain 12th on 37 points.