City`s shock 2-1 defeat at struggling Newcastle on Tuesday offered Liverpool the chance to open up a seven-point lead but Jurgen Klopp`s side could only manage a point with a 1-1 draw at home to Leicester. 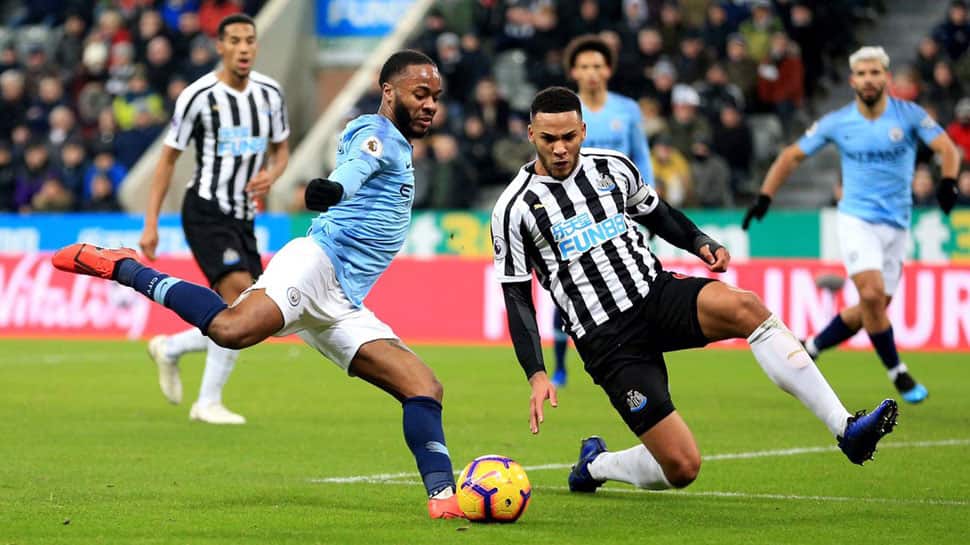 Handed a lifeline by Liverpool`s failure to beat Leicester City on Wednesday, Manchester City begin a crucial week in the Premier League title race when they host Arsenal at the Etihad on Sunday.

City`s shock 2-1 defeat at struggling Newcastle on Tuesday offered Liverpool the chance to open up a seven-point lead but Jurgen Klopp`s side could only manage a point with a 1-1 draw at home to Leicester.

That leaves the Merseysiders five points clear but that advantage would be cut to just two points before they play West Ham on Monday, provided City can take care of business against Unai Emery`s Gunners.

That is the first of three key matches in seven days for the defending champions who travel to Everton on Wednesday for a re-arranged fixture and then host Chelsea on Sunday.

"The next week or so will be tough with Arsenal, Everton and Chelsea. I know the challenge is big. If we want to go up as a club we have to accept that challenge," said manager Pep Guardiola.

While Liverpool have the upper hand in the race, 14 games remain and as the midweek round of fixtures showed, the unpredictability of the league means there could be many twists and turns to come.

"We are in January and we are behind the leaders but there are a lot of titles and points to play for. We have many games left - we are not in April or May and a lot can happen. We need to be there in every game and not give up," said Guardiola.

West Ham, who Liverpool face at the London Stadium on Monday, are in a poor run of form after losing 3-0 to Wolves on Tuesday following their FA Cup exit to third-tier (League One) AFC Wimbledon.

Liverpool laboured at times against Leicester with their high-speed attack unable to get into top gear but skipper Jordan Henderson, who filled in at right-back, knows there is no time to dwell on that result.

"We know we can play much better and we need to improve in the next game," he said.

"We need to bounce back quickly. We’ve got another few days to recover and then prepare for the West Ham game so we need to be ready because it’s another tough game in the Premier League."

It is an intense stage of the campaign for both the frontrunners who are back in European action next month with round-of-16 matches in the Champions League adding to their workload.

Tottenham are only two points behind City and will still believe they can yet pull off a surprise with a late season tilt towards the title.

Spurs could move ahead of City into second, for 24 hours at least, if they can beat Newcastle at home on Saturday.

It is no less tight at the bottom where 16th place Southampton visit Burnley, a place below them on Saturday.

Crystal Palace, who are level on points with both those teams, host next to bottom Fulham, whose fight against the drop has been given a boost by Tuesday`s 4-2 win over Brighton.